"The Conservative Party's message about the need for controlled immigration at their conference is almost laughable. While both The Prime Minister and Theresa May echo UKIP almost verbatim in their rhetoric, it is important to bear in mind that this is the second term under the Conservatives, with May as Home Secretary and Cameron as leader‎ and their government has broken all previous records on net migration and asylum into the UK.

"The Home Secretary needs to explain why it has taken her so long to set up full review of the UK asylum system when she has presided over the collapse of it for the past 6 years. So many of the initiatives that Theresa May mentioned in her speech today will be subject to future rulings of the European court as the human tights industry fight sensible changes every step pf the way. 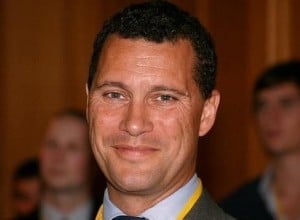 "The Conservative set meaningless targets and use PR bluster like this speech to camouflage their failures.  ‎In the real world the UK's immigration policies cannot be divorced from our membership of the EU and the free movement of people principles that accompany such membership. With the net migration figures set to soar as residency documents are handed to millions of new economic migrants who have reached the continent, Mrs May's remarks must be seen as a sign that the government knows what's coming. This is the arrival of tens of thousands more migrants who think that their economic prospects are better in Britain.

"Until the government grasp the nettle and opts Britain out of free movement or leaves the EU entirely, it can only talk about controlling our borders not actually do it. Similarly just sounding like UKIP doesn't mean that they have the well thought through fair and ethical migration policies that our party won so much support for at the last general election. Mrs May's speech would have been much more coherent if she had made a call for BREXIT."

Building of affordable housing to slump