With the markets selling off, many may not think now is the best time to consider discretionary stocks. But it's because the markets are selling off that beaten-down stocks selling non-essential products and services (what people want, not need) might be worth a second look—not just because many discretionary stocks are beaten down, but rather because consumer spending fuels the majority of economic growth in this country.

Normally, when consumers have the money to spend, they do so on discretionary items like travel, electronics, cars, and luxury brands. But, as virtually all of us can contest, this isn't always the case. Credit card purchases may not be the same as having discretionary income, but they accomplish the same short-term goals.

Granted, there is a mountain of evidence to suggest investors should shun discretionary stocks. Unemployment is high, wages are stagnant, and, for the first time ever, working-age Americans are the primary recipients of food stamps. On top of that, median household income (adjusted for inflation) has declined for five straight years. (Source: DeNavas-Walt, C., et al., "Income, Poverty, and Health Insurance Coverage in the United States: 2012," United States Census Bureau web site, September 2013.)

In step with those numbers, the S&P 500 Consumer Discretionary sub-index was the best-performing sector in the S&P 500 index in 2013. While the index is down 6.5% year-to-date, it is still up 23% year-over-year.

Unfortunately, that doesn't mean everyone is in the same boat. In 2008, 53% of Americans considered themselves to be middle-class; today, just 44% do. With that in mind, it's fair to say that the shrinking middle class and current economic environment has not been kind to all discretionary stocks. (Source: Luhby, T., "America's disappearing middle class," CNN Money web site January 28, 2014.)

Retail discretionary stocks like Sears Holdings Corporation (NASDAQ/SHLD) and J. C. Penney Company, Inc. (NYSE/JCP) have had to take drastic steps to stay alive. J. C. Penney said it will cut 2,000 jobs and close 33 stores to restore profitability. After posting a 7.4% drop in sales, Sears said it was cutting jobs and outsourcing work. And the word on the street is that another of the discretionary stocks, RadioShack Corporation (NYSE/RSH), will be closing 500 stores, or 11% of its store base. (Source: Glazer, E., "RadioShack to Close About 500 Stores Within Months," Wall Street Journal, February 4, 2014.) 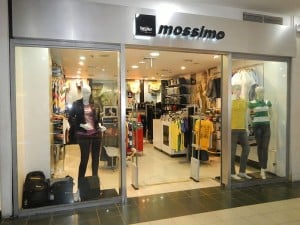 One of these little-known consumer discretionary stocks is Iconix Brand Group, Inc. (NASDAQ/ICON), a brand management company that has been garnering a lot of attention. The company owns and licenses "Candies," "Joe Boxer," "London Fog," "Mossimo," "Cannon," "Fieldcrest," "Sharper Image," and "Buffalo."

Another of these inexpensive consumer discretionary stocks is Meritor, Inc. (NYSE/MTOR). The auto parts maker has operations in roughly 20 countries including Canada, China, India, and Mexico.

Those who think the U.S. economy is actually showing signs of sustained growth might want to consider discretionary stocks like D.R. Horton, Inc. (NYSE/DHI). Active in 25 states, the company builds single-family entry-level and luxury homes. After getting hammered from the housing crash, the company's homes have begun to rebound and along with them—its share price.