The South West Green Party is calling for more restrained language in responding to the return of cross-border tensions between Gibraltar and Spain.

“Once again, fishing rights are behind this row with a European ally, as with the infamous Cod Wars with Iceland in the 50s and 70s. Now is not the time for colonial sabre-rattling and jingoistic references to Franco or the Malvinas. Far more responsible and respectful solution-driven language is to be expected from Whitehall and the media.”

In stark contrast to the ailing Spanish economy and relentless high unemployment figures, the Gibraltar economy is booming, which has no doubt added to the increasing tension in the relationship. But Greens do not believe that boycotting Spanish holidays, as suggested by Conservative MEP Julie Girling, will help to resolve the situation.

“In times of plenty, Gibraltar is not an issue for Spain, but times are hard and scapegoats and distractions are needed. With its recently announced encouragement of Britons to boycott their Spanish holidays and the increasingly strident rhetoric it seems that the Conservative Party is relishing the opportunity to join in. For us, Europe is about co-operation not conflict and the concept of sovereignty is sacrosanct: it is up to the residents of Gibraltar to choose who controls them and no amount of bullying will undermine the principle of self-determination.” 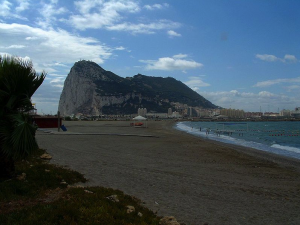 Occupy the London Stock Exchange digs in for the long haul