Stopping people at UK border is racist, but not racist at EU Border?

When people talk about walking back on the concept of the free movement of peoples from the European Union into the United Kingdom they are instantly branded as ‘racist’ by those trying to claim some sort of high moral ground.

But those same holier than thou name callers are very silent on the matter of allowing into the country those unfortunates languishing in French ports in search of passage to the UK who do not have EU passports. Or, even more starkly, those that are struggling to get into the EU, then into the UK, from places like North Africa or Syria for example.

Why is it that those shouting ‘racism’ with regard to limiting EU migration do not get on their soap-boxes and demand that we send ferries across to France and Libya to pick up those that want to get into the UK as well as sending trucks to the Middle East to collect refugees?

To put it in context, why would the sign below be racist?

(Please note that I use the phrase 'Others' in the images because that is the word the hypocritical name callers use – 'you are hating the other' – to try and stigmatise those that are attempting to regain control over UK borders, when they themselves are happy for it to occur at the borders of the EU.) 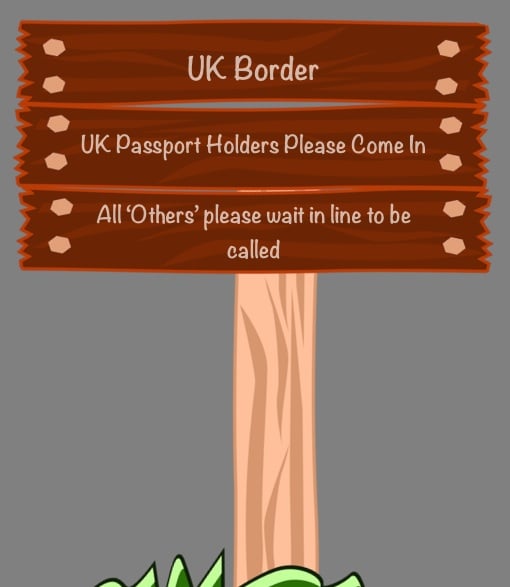 When this is considered by EU supporters not to be racist? 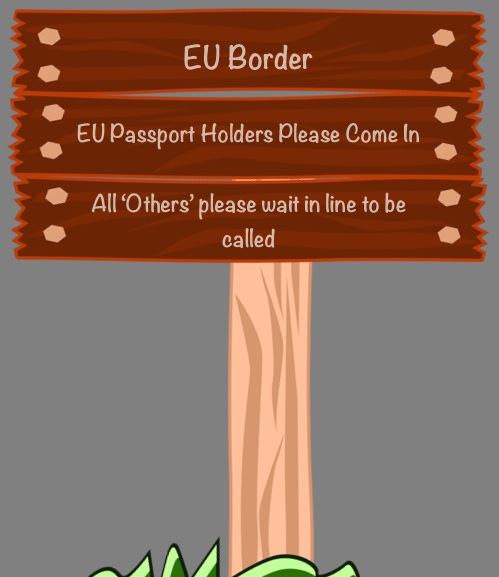 Remember that there is an EU border force (Frontex) in existence to “…protect EU external borders from illegal immigration and people trafficking as well as infiltration into Europe by possible terrorist elements”. Why is it NOT racist for the EU to do this on an EU scale, but it IS racist if the UK were to do it on a UK scale?

And if you still consider this not to be racist

Then should this also be considered to be not racist? 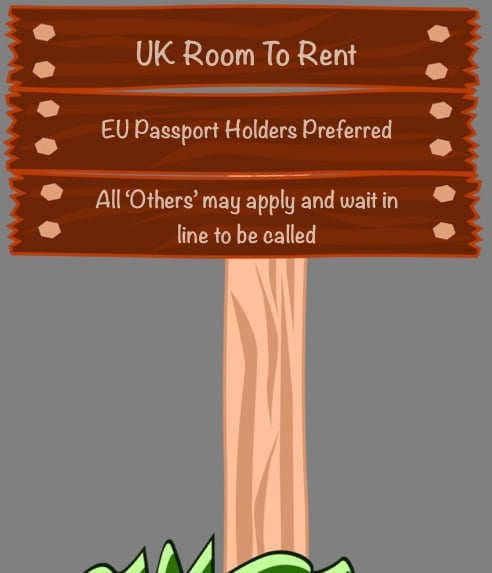 And if you still think this is not racist? 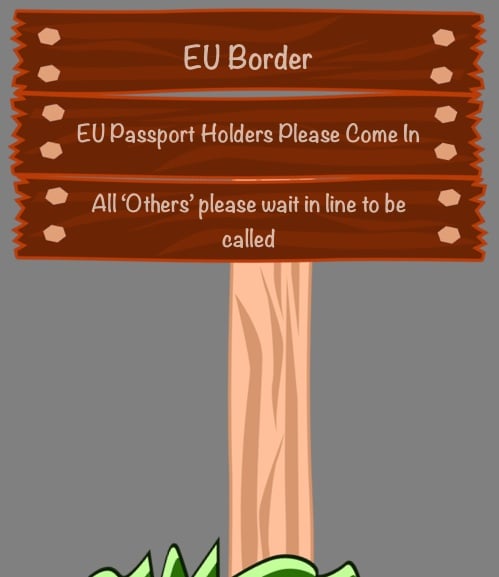 Do you then think this is racist? 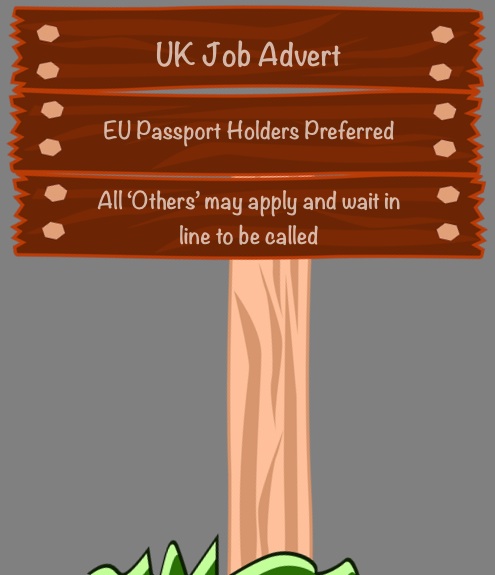 Doublethink and Doublespeak in the progression to an EU superstate comes to mind, with the name callers having been very effectively brainwashed.

The next time someone talks about UK borders, remember that there is an EU border too and please think accordingly.

At the end of the day the UK is a sovereign nation still and surely has the right to deal with people from other countries accordingly – as long as it is fair and even handed to all.