With his 48 date A Night To Remember Tour kicking off tomorrow (January 27th 2015) Stricly Come Dancing professional Brendan Cole reveals the cast of dancers who will be sharing the stage with him on his sensational show. In addition to Latin and Ballroom champions and Strictly colleagues the cast will include 3 dancers who came to the public’s attention on Britain’s Got Talent. 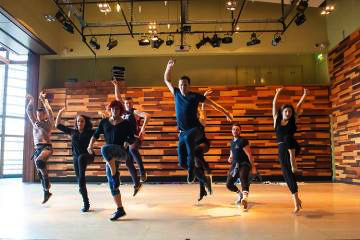 French Latin dance champion Fauve has appeared in all 5 series of Dancing With The Stars (Dance Avec Stars – France).

Having won the show and become a loved television personality in her own right, she is now involved in many different television and media shows within the industry. Fauve also starred in Brendan's second touring theatre show Licence To Thrill but had to pull out of the second run due to injury. Brendan is thrilled to have her back and once again starring in his brand new show.

The German born dancer and choreographer has starred in the West End in Burn The Floor as well as being part of the show’s Broadway run. He also toured with Brendan's Licence to Thrill Show and is part of the creative team for Strictly Come Dancing, overseeing choreography and concept design as well as appearing in several of the professional dances in the Sunday Night Results shows.

Crystal is an exceptional professional Ballroom and Latin dancer, teacher, performer and choreographer, and has devoted her whole life to dance. Competing at all levels and a true UK champion in her own right, Crystal has represented England around the world. She has starred in many international touring dance and stage shows as well as being show-dancer and assistant choreographer on BBC's Strictly Come Dancing. Crystal also starred alongside Brendan in his 'Licence To Thrill' show.

Originally from the valleys of South Wales, Loren has travelled the world competing at the highest level and is proud to have represented her country at the European and World Latin championships. Loren's competitive career has seen her become a finalist of the British nationals and UK Closed Championships at youth, amateur and professional levels. This is her first tour with Brendan.

Kai is a talented young dancer who found fame in Britain's Got Talent. Reaching the final in 2012, he returned a year later to reach the semi-final with the newly formed and exciting dance group Kings and Queens.

Ryan is an exceptional dancer and part of the formidable dance duo with Ksenia Zsikhotska (who is also part of the A Night To Remember cast). The Northern Irish dance professional is also a member Kings and Queens.

Former UK Closed Amateur Champions Ksenia and her dance partner Ryan McShane, were finalists in the British National Dancing Championships 2014. The Ukrainian dancer is also a member of Kings and Queens.

Brendan Cole, star of Strictly Come Dancing, announces a brand new show for 2015. Promising A Night To Remember Brendan and his cast of dancers, musicians and singers will present a dazzling spectacle at the New Wimbledon Theatre in Wimbledon. 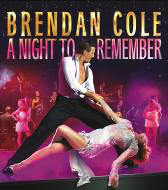 Across 48 shows in three months – and straight off the back of season 12 of Strictly – Brendan and his will showcase his expertise in an odyssey of music and dance, once again blending exquisite choreography with his own unique charisma in a bold, sensational show. There’s new music, new costumes and new banter to keep audiences entertained throughout, as Brendan leads his cast through a diverse selection of styles and numbers, each of them exhilarating, mesmerising and above all, memorable.

Previously travelling the country with his debut show Live and Unjudged (2010-12) and follow up Licence To Thrill (2013-14), Brendan and his brilliant cast of 14 musicians and world class dancers stunned audiences with scintillating music and awe-inspiring moves. The Waltzes and Foxtrots propelled spectators onto an emotional journey, Quicksteps and Tangos were simply breathtaking and Latin dances such as the Samba and the Salsa had everyone in attendance itching to join in.

The tours received critical acclaim from many publications, all of which were hypnotized by the glitz and magic of Brendan’s showmanship. The Plymouth Herald praised his approach as a ‘feast for the eyes and ears’, the Bristol Post claimed it ‘broke the mould’ and the Daily Star on Sunday even reviewed it as ‘all the best bits of Strictly multiplied by ten’. A Night to Remember follows from this boundless success.

With all the ballroom magic and Latin excitement that one could ask for, A Night To is already poised to be one of 2015’s must-see shows. 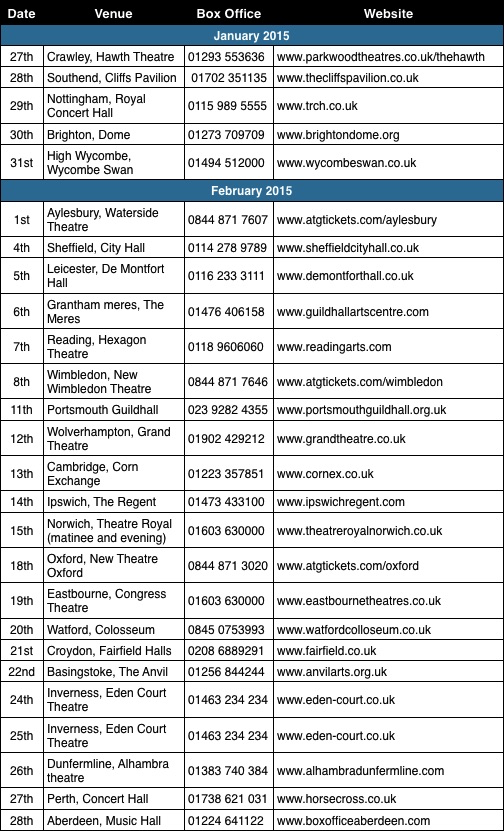 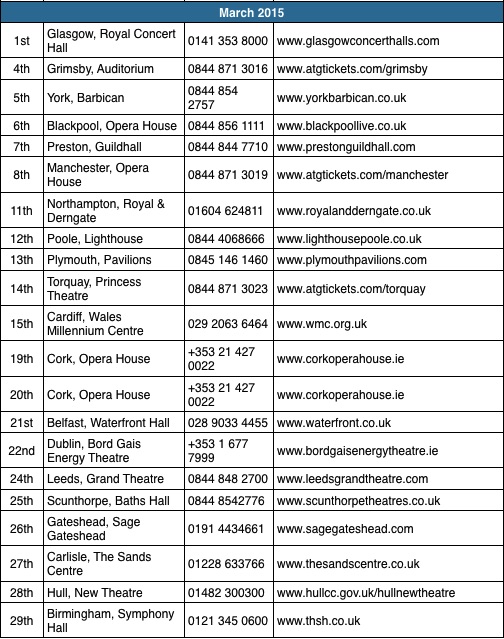