NUS President Toni Pearce launched NUS' general election manifesto – 'New Deal for the Next Generation' [1] – today, and revealed the power of the student vote – there are 197 seats with a majority of 10 per cent or less, requiring a swing of only 5 per cent to change hands.

In all but six of those seats, Census data shows full time students are a bigger proportion of the electorate than the swing required to change the 2010 outcome. Students hold the key to more than a quarter of seats – 81 Conservative, 76 Labour, 25 Liberal Democrats and 9 others.

Registering to vote in their droves, NUS polling shows that 73 per cent of students are now registered compared to only two thirds in February 2014, with the numbers expected to surge further through NUS' voter registration drive #GenerationVote.

Latest NUS polling (August 2014) [2] reveals that only 4 per cent of students strongly identify with any political party and the vast majority are uninterested in party point scoring (79 per cent).The cost of living (80 per cent), health (72 per cent) and employment (72 per cent) are identified as by students as key factors in how student say they will cast their vote. 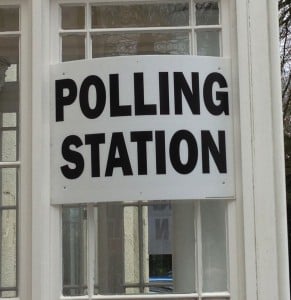 "We want to ensure that promises made are promises kept, so we've asked for a right to recall that takes into account more than just fiddling expenses -lying to voters is wrong too.

"Students are the force to be reckoned with at the ballot box. Our 'New deal' manifesto covers education, work, and community because students are not single issue voters because we do not have single issues. We endure financial hardships and future debt unimaginable even to the students of ten years ago, and we stand to suffer far worse prospects than our parents. I'd say we're getting a pretty raw deal, and that's why are proposing a new one.

"Students hold the key to the next general election, and we will be making sure they use it."