The Wall Street Journal has recently released an article revealing American’s wealthiest people have reached a new record. The 1% of the top US population are richer than they have ever been, whereas inequality is also on the rise with Americans actually being worse off than ever before. With people frequently looking at the US, a financial organisation called On Stride has produced an imaginative report titled British billionaires buy their birthplaces, which looks at the UK and the number of households a billionaire could purchase within a city. 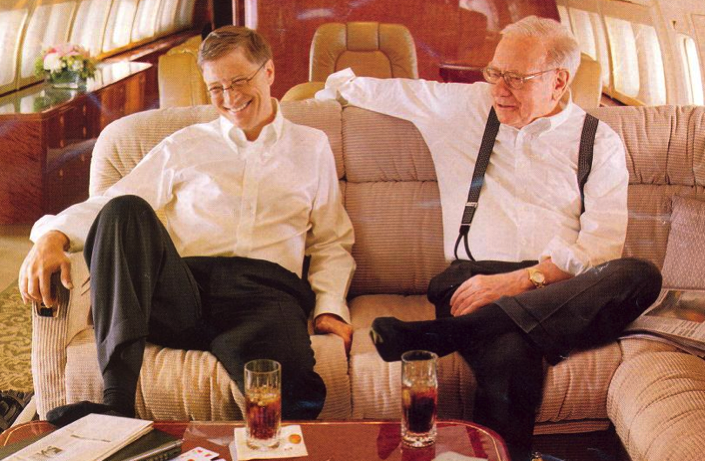 In the purely theoretical report, the billionaires which originate from the UK are unable to buy a city outright using their hard earned wealth. But some of the world’s wealthiest people such as Bill Gates or Warren Buffet could actually buy the likes of Birmingham, Leeds or even Manchester.

Bill Gates ($76 billion) & Warren Buffet ($58.5 billion) have a combined net worth of approximately £80 billion, yet they could not afford to buy the capital city which is worth a staggering £1.4 trillion.

In this hypothetical scenario we could be seeing the two powerful businessmen buying the households of Manchester (£19 billion), Liverpool (£18.8 billion), and Birmingham (£47 billion) turning them into a vast kingdom, and they would even have pocket change to spare! When added up, the wealthy powerhouses would own 822,220 households currently housing over 2 million people, or equivalent to a small country such as Latvia.

Redfin Report – Which Billionaire Could Buy Your City? 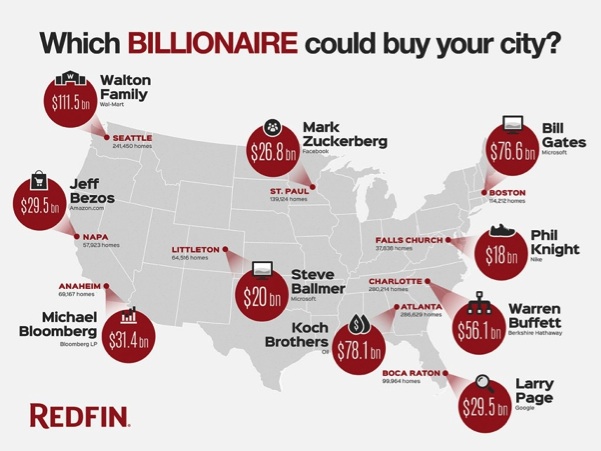