When Doctor Ganesh Rao pitched his laser eye surgery and cosmetic treatment business to the Dragons, they gave him a resounding “I’m out”. But RightClinic, formerly known as TreatmentSaver, today defied criticism, closing a £250K investment from VC firm Forward Partners. Despite their derision, Dr Rao did take some of the Dragon’s points on board, with the online marketplace also announcing a rebrand and a cosmetic spruce-up of its own.

The funding from Forward Partners comes just twelve months after the startup faced business moguls in BBC Two’s Dragons’ Den asking for £100,000 in investment for a 20% stake in the company. Right Clinic has now raised 2.5 times the original funding they were asking for, and at double the valuation.

Founder Ganesh Rao, a fully trained medical doctor, set up the site three years ago after spotting a gap in the market for an independent online portal where users could compare health and beauty clinics and book their appointment online. Despite comparison sites popping up for many other industries including car insurance or electricity suppliers, there was no one offering comparisons for laser eye surgery or cosmetic treatments. 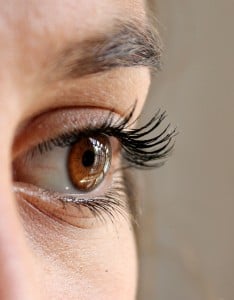 Rao set about creating RightClinic.com as a trusted place to compare and book the best clinics and surgeons with feedback from real patients.

The company recently graduated from one of the UK’s leading accelerator programmes, Newcastle-based Ignite, who have helped startups raise over £10m to date. Since leaving Ignite, the RightClinic team have moved down to the London-based offices of Forward Partners, a VC firm which helped to propel the likes of Halo, Zopa and Wool and the Gang to startup stardom.

With the financial backing and support from Forward Partners, Rao hopes to build on his success to date – which has seen the business grow rapidly in the past 12 months with revenue doubling, and over £1.2 million worth of treatments being booked through the platform. RightClinic can also now count big UK chains such as Optical Express and Ultralase amongst its partners. The funding will be used to expand into new verticals, as well as key hires.

“I set up RightClinic.com three years ago after being frustrated by the fact that you could compare car insurance online, but there was nothing on the web to help you find the best laser eye surgery and cosmetic surgery clinics – surely your health is a lot more important!

Taking on the Dragons was a daunting experience, but I’m pleased to say that we’ve bounced back bigger and better. We’ve spent the last year refining our business model and messaging, and on Deborah and Piers’ recommendation our site has had a little makeover of its own, so there’s no hard feelings.

“Our mission over the next twelve months is to become the place to find and book the best clinics for treatments such as laser eye surgery, cosmetic surgery, botox and cosmetic dentistry. Unlike the NHS, many of these markets remain unregulated and consumers have no markers for comparison other than word of mouth. We’re hoping to change that and create a transparent marketplace that allows consumers to compare clinics and choose the best practitioners possible. With the market estimated at £10 billion in the UK alone, the investment and support from the team at Forward Partners will help propel RightClinic to the next level.”

“Here at Forward Partners we believe that we’ve spotted potential where the Dragons failed to. Health and beauty services are still a backwater on the internet, and there is big demand for a business that can address this. RightClinic helps customers decide what they need and where to get it. We’re delighted to support Ganesh and the team in their ambition to become the online destination for cosmetic and optical treatments."

"The team at RightClinic had already demonstrated market opportunity and consumer demand. Working with Ignite, we supported Ganesh in streamlining operations and focussing the proposition, as well as exploring new verticals and markets for expansion."