With equity investors feeling so comfortable, it is going to take something unexpected to cause anything worse than modest falls (perhaps in Europe) and further gains are also quite possible (perhaps in the Japan, UK and US). Of course, the longer this mood persists the sharper any correction but May is still set fair.

Investors in safer bonds, however, will have another fidgety week in the absence of any significant bad news while those in the higher yielders will be the ones to relax.

Gold bugs and those trying to get out of it in profit are likely to have another wretched week but the general air of confidence could stabilise Oil and other raw materials prices.

As expected, the sun is also shining anew on the dollar as it attracts at least three disparate groups of investors: those who are nervous of a rude interruption to the current optimistic mood, those who remain optimistic and think the US offers the most attractive opportunities and those who do not fancy any of the yen, euro, pound or Aussie dollar. That leaves contrarians and emerging market buffs, some of the latter are carry traders funding themselves in dollars and probably ready to reverse engines at the first sign of trouble.

The Finance Ministers of the EMU member countries meet on Monday and there seems to be a pact to avoid quarrelling in public but at the cost of not resolving much. The hand-outs to Cyprus and Greece are due to approved without asking awkward questions and on that basis Slovenia may not make the official agenda. There is also a meeting between the President of the Council of Ministers (currently Ireland’s Prime Minister Kenny), EU Commission President Barroso and European Parliament President Schulz to try to negotiate a new budget deal. Is that the sound of cans being kicked, I hear?

The EU has become a hot topic in the UK and it is likely that Parliament will vote on Wednesday a motion of regret that the Queen’s Speech made no mention of the referendum proposed by Mr Cameron as leader of the Tory Party. The politics of this are fascinating: the Tories, including junior members of the government, are allowed a free vote while Cabinet Ministers are to abstain as there is no Coalition agreement. Labour (facing a sizeable rebellion) and the Lib Dems will oppose. The motion is likely to fail but ‘names will be taken’.

Meanwhile, Dave is off to the US on much more important business: to try to speed up the Transatlantic Trade and Investment Pact, which both he and Mr Obama have espoused and he would like to be in place before the referendum in 2017. For the record, this is a very good idea but is at risk of opposition from Democrat protectionists in the US and, inevitably, France.

The IMF is in town to carry out the UK’s annual check-up for the G20. The hype about a clash with Mr Osborne is really rather phony. It is an internal debate inside the IMF, which the Keynesians appear to be winning, that is driving the story and it suits the Chancellor to be portrayed as prudently standing firm. All the while, of course, he is pursuing flexible policies on tax, infrastructure investment and supply side stimulatory initiatives. Blah, blah!

After a quiet week, a raft of US data is due on the Consumer, Housing and Industry sectors. None of it should be bad but even if some of it disappoints, investors are likely to continue to take comfort that kindly Uncle Ben will look after them.

The official bad news on Q1 GDP in Europe cannot be delayed any longer, although everyone knows that it will spell out recession. The notable exception will, of course, be Germany but only just, as it experienced negative growth of -0.6% in the previous quarter. Also of interest will be the ZEW survey of Economic Sentiment in Germany, which fell sharply last month on ‘Eurogloom’ but there has since been some better news from the Bundesrepublik.

In the UK, another month of stable or better Unemployment numbers is likely to add to the growing confidence in the recovery. The question is whether in his final Quarterly Inflation Report (he has been there from the beginning) Sir Merv will present ‘Goldilocks’ forecasts of higher growth and lower inflation. It would be out of character for him to get sentimental but, of course, it is not just up to him and so could well happen.

Japan bulls rampaged anew with prices up another 6.6% after a very modest pre-holiday breather. The Nikkei is now up 40% in 2013 and 70% on a year ago, which may tempt some to take profits but there is probably no need to rush. There was steadier progress elsewhere apart from Brazil , which is rapidly becoming a party pooper amongst buoyant emerging markets.

Yields on genuinely safe bonds rose quite sharply on the longer dates as some investors were emboldened to hunt for yield elsewhere with the result that yields on less safe bonds remained the same or even fell.

Watching the USD/JPY exchange rate until recently was about as interesting as watching paint dry but last week it smashed through the 100 barrier for the first time since 2009 and kept on going. With the RBA following the ECB in cutting rates the Aussie also fell from grace and the euro and pound provided little opposition to the new favourite of the greenback. However, the USD/CNY rate fell by a relatively large 0.45% to yet another record low, thereby adding further to a sense that something is afoot.

In Italy, new Prime Minister Letta appeared to take advantage of Mr Berlusconi’s latest set-back in the courts (his situation is hopeless but not serious) to beat the European drum and sound conciliatory towards Germany. This is just what Foreign Minister Bonino wants to hear and seems to be part of a plan agreed with Messrs Hollande and Rajoy not to rock the boat unless and until Mrs Merkel (they hope) loses in September. Vederemo!

It has been G7 time (remember them) and Mr Osborne as host chose to major on combatting (legitimate) tax arbitrage by multinationals. The great Corporation Tax Rate cutter is turning out to be something of a vigilante! He is also apparently a bank reformer and called for redoubled international efforts. However, his call for yet more monetary stimulus was not shared by the others, according to Mr Draghi. Some attendees seemed unclear why the meeting was needed so soon after the IMF Spring jamboree and before G8 but Mr SchÃ¤uble took the opportunity to declare that the EMU crisis was no longer the major threat to the global economy and Mr Aso to claim that everyone is satisfied that Japan is not manipulating yen exchange rates. Could they all have been at different meetings?

The World Trade Organisation elected a Brazilian, Roberto AzevÃ©do as Director-General and the runner-up was Mexico. At this stage it is hard to tell whether the US and Europe have given up on the WTO or at last are creating room for developing countries. Mr AzevÃ©do is very qualified for the job, which seems to be just as well in view of the dismal failure of the Doha round!

In Pakistan, it looks as if Nawaz Sharif has made an amazing come back and, mirabile dictu, more by fair means than foul. He is generally thought to be pro-business and also not an ‘India-phobe’ but his success will not go down well in the powerful military circles. Why he wanted to get back into government is a mystery to outsiders, as he will take over a chaotic economy and a fissiparous polity. The US and Europe would do well to work with him, even if he does not sound especially friendly.

Former President Rafsanjani of Iran has at the last moment thrown his hat into the ring for the Presidential Election in June. While it is tempting to dismiss him as just another clerical (he is an Ayatollah) kleptocrat (he is reportedly the richest man in Iran) he is much more pragmatic than the Supreme Leader and rational than the outgoing Mahmoud Ahmadi-nejad. If elected, he may be able to open up dialogue with the US and Mr Obama will surely be rooting for him. 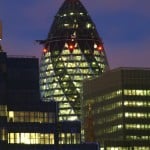 Australia, South Korea, Denmark and Poland followed the ECB and RBI in the previous week in cutting official interest rates, thereby adding to the feeling that central banks are going to keep easing to stimulate growth. This adds to the warm glow from the FOMC and BoJ’s massive QE programmes.

No rate cut and no more QE in UK, however, as the majority of the MPC are clearly worried about inflation and also that the FLS may be a better ways of getting money to the SME sector. Another more felicitous factor is a string of improving data and last week’s headlines were a rebound in Manufacturing in March together with higher exports to outside the EU. This, together with further tweaking of the still rather weak Index of Construction, means that not only is Q1 2013 GDP data not going to be revised lower (no triple dip) but growth in Q4 2012 is likely to be revised to positive (no double dip either!). Moreover, the National Institute of Economic and Social Research’s latest estimate (not forecast) of GDP in the three months February to March is a sizzling +0.8%, equivalent to over 3% annualised.

China’s April figures are prima facie quite encouraging, especially the 16.8% year on year growth in imports but it is really hard to work out where all the 14.7% growth in exports is heading. Inflation is climbing again but probably not yet by enough to prompt more tightening by the PBoC. Overnight came quite encouraging April Retail Sales but Industrial Production, while also quite solid, did not seem consistent with the surge in exports.

Nigel Farage accused of being racist as a schoolboy