Despite All Obstacles and Continuing Threats, Young Elephant Will Soon Receive the Care He Needs and Enjoy the Company of Other Elephants

The long running story of Sunder, the much-loved yet much-abused young elephant (see video below), seems to have reached a happy conclusion as he is now being moved into a 49.5 hectare forested elephant care centre in Bangalore.

Sunder was placed onto a truck by a team of experts who had travelled to Kolhapur to work with the Maharashtra Forest Department, and he is now on his way to the sanctuary, as per an order of India's Supreme Court. At the centre, he will have the company of 13 other elephants.

The expert team endured numerous setbacks, including having their truck tyres likely deliberately punctured by people who wished to keep Sunder on the property of Indian politician Vinay Kore, where he had been abused for months. They also had to contend with the fact that Sunder was deliberately let loose by his abusive mahout (handler) to make him more difficult to handle. Earlier in the week, the Maharashtra Forest Department failed to clear the area of people who were shouting at Sunder and blowing whistles to confuse him, and had failed to control the mahout (previously caught on film beating Sunder) who was giving Sunder the wrong commands to prevent him from stepping onto the truck and pulling hard on his ears to upset him. Those wishing to obstruct Sunder's move continued to follow the truck menacingly on their motorcycles. But Sunder has now made it across the state border into Karnataka.

The Jyotiba temple received Sunder as a gift in 2007, but after many instances of cruelty, including the use of spiked chains and beatings, came to light, the Indian Ministry of Environment & Forests issued an order on 9 November 2012 for Sunder's rescue. In order to avoid the order, Kore arranged to hide Sunder in an old poultry shed, where he continued to be beaten and was so heavily chained that he sustained a serious leg injury.

"Despite every obstacle thrown in his rescuers' path, this abused young elephant is now on his way to safety", says PETA UK Associate Director Mimi Bekhechi. "Sunder has known only cruelty, misery and neglect. We're absolutely thrilled that Sunder will soon be able to roam, bathe in ponds and be in the company of other elephants."

Campaigns by PETA UK, PETA India and other international PETA affiliates to release Sunder have garnered the support of celebrities such as Pamela Anderson and Paul McCartney, the latter of whom broke off rehearsals for his Olympic ceremony show in 2012 to write to India's Forest Minister about Sunder's plight. 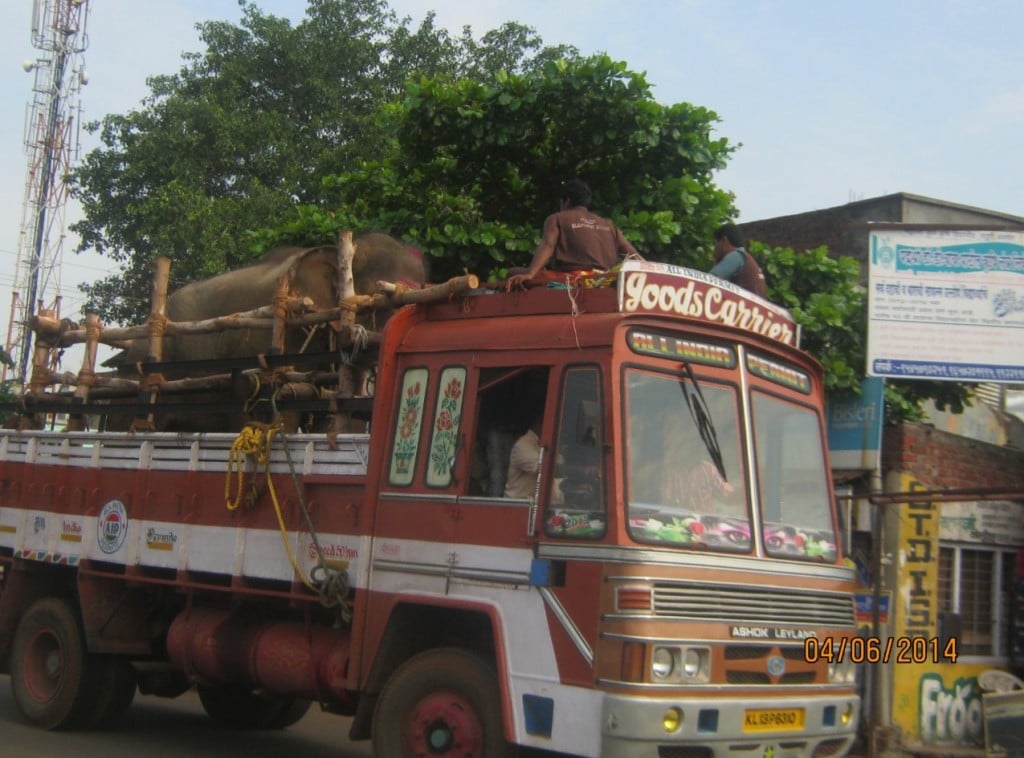 Sunder Being Transported to Safety

Concern over claims about how technology affects young brains

Social media can be such a RIOT for users