Spain’s economy might be on its knees, but the appeal of its Costas as a tourist destination and place to own – and rent out – a holiday home would appear to be as strong as ever.

The number of foreign visitors to Spain during May rose 7.4 per cent compared to the same month last year, according to Spain’s Tourist Office, while for the five months from January to May there was a four per cent year-on-year hike in the number of foreigners arriving in the country.

The UK’s love affair with Spain continues with force – no other nationality visited the country in such numbers as the British did during the first five months of the year, with the Balearic and Canary Islands being the favoured areas.

Of interest is the fact that the overall number of package holidays to Spain dropped by 6.4 per cent in May to represent 28.8 per cent of the total visitor market. This could feasibly indicate a rise in tourists opting to rent holiday homes privately, an option that can be a more affordable type of holiday if low cost flights are available and the cost of rental is split between a group of friends. 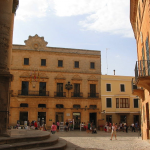 One leading rentals website observed that based on enquiries in 2013, people are booking more last minute breaks, with 87 per cent more enquiries being made just one month prior to departure compared to six months prior.

Meanwhile, Overseas Guides Company enquiries about Spain increased by 46 per cent year-on-year for May, showing increasing interest in owning property there.