Surge in demand for advisers since pension freedoms

But advisers are wary of future ‘mis-selling’ liabilities

The number of UK savers turning to financial advisers following the introduction of new pension freedoms has increased by 66 per cent since April.

An independent survey of over 2,000 people across the UK by financial and technology services firm True Potential has revealed that nearly 70 per cent of savers who seek financial advice, now use a financial adviser to do so.

More than a third (36 per cent) of respondents say they would turn to their bank or building society for financial advice yet this is not always a viable option given the number of bank advisers authorised to offer investment adviser has fallen by a fifth since 2010. 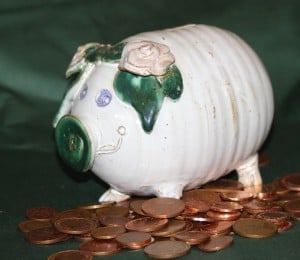 Just eight per cent rely on the Money Advice Service (MAS), which was set up by the government in 2011 and funded by a statutory levy on the financial services industry to provide free and impartial money advice for consumers throughout the UK.

True Potential believes that the recent in demand for quality advice is welcome news and could mark a turning point towards closing the advice gap.

However, despite the surge in demand for their services, many advisers remain unwilling or unable to advise, wary of future mis-selling claims.

True Potential represents close to 20 per cent of UK advisers and in a separate poll, over 60 per cent did not think that the new pension rules are working as they were intended to.
Nearly half of all advisers report that fewer than 10 per cent of those enquiring about pension freedoms have successfully accessed their money since the new rules came into effect.

“The financial advice industry has been overhauled in recent years, leading some clients to believe that they could no longer afford advice. Meanwhile many advisers have opted to focus on clients with larger portfolios at the same time as the number of bank advisers has fallen. The result is the advice gap.

“The introduction of the new pension freedoms has energised consumers and we are seeing high demand for advice. However, instead of a great liberation of pension funds across the country, the new reforms have left savers frustrated by industry bottlenecks, inertia and an industry refusal to play by the new rules.

“Savers are told they must seek professional advice before switching to a new provider. But many financial advisers are still wary of the new risks and future liabilities they could face in recommending a switch.”

This month, the government announced that there will be a review into the financial advice market to introduce greater accessibility, with recommendations due before the Budget in 2016.

David Harrison added: “The Financial Advice Market Review is a welcome step and I hope the outcome is more accessible advice that leverages technology and provides clearer guidance for advisers.”