Suri Cruise may still find herself at the mercy of the indoctrination of the late L. Ron Hubbard who invented the controversial cult ofÂ Scientology.

According to reports the supposed 'done deal' divorce terms between Katie Holmes and Tom Cruise, which would prevent Suri ever being exposed to Scientology, may have no bearing in fact.

Recent articles now surfacing suggest that the initial media speculation over the divorce settlement were wrong in their claims thatÂ ScientologyÂ will play no further part in Suri's life.

According to unconfirmed reports by Star Magazine, even if there was an ironclad clause put in place by Katie Holmes to ensure her daughter is shielded from the cult, Tom Cruise is ready to use the sum of his entire wealth to maintain his allegedly long laid plans regarding Suri's future in Scientology and will not go down without a fight.

The fact that Suri was exposed to the cult's auditing practice at such a young age (6 years old) was of great concern to Holmes, who noticed a change in her daughter after the process in which very intense and personal questions are asked in what is akin to anÂ interrogation.

Holmes has allegedly registered with Â the CatholicÂ Church of St. Francis Xavier in New York, news of which will get Tom's back up but hey he can always go for an audit to check his own emotional state. 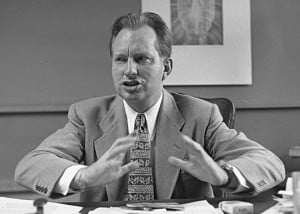