• Part of tax cooperation agreement between UK and Switzerland

As part of the ground breaking tax agreement between the UK and Switzerland, Swiss banks will inform HMRC by May 31st of the top 10 destinations to which money removed from suspect bank accounts in Switzerland has been sent, says Pinsent Masons, the international law firm.

HMRC are expected to use the list provided by the Swiss Government to help them plan, with pinpoint accuracy, their next moves against UK taxpayers who are evading tax due on money they have sent to overseas tax havens.

Pinsent Masons explains that as well as providing a breakdown of the top ten locations to which the largest value of assets have been transferred, the treaty also requires the Swiss authorities to inform the UK of how many UK nationals have moved their money from a Swiss bank account to each of the listed countries.

Jason Collins, Head of Tax, of Pinsent Masons says: “This is another tightening of the noose on tax evaders. HMRC is aware that money that could have been regularised under the UK/Swiss treaty has been flooding out of Switzerland instead – and they are determined to track that money down.

"This Swiss/UK treaty has already dramatically increased the amount of information that HMRC has on possible tax evaders. The hit list of top ten countries will be another key piece of the jigsaw. HMRC will now know exactly where to focus its efforts.”

• Continue to move their money from one offshore banking centre to another, but in in the knowledge that an overhaul of money laundering rules in places such as Singapore mean that authorities will soon catch up with them, and that automatic exchange of tax information is likely to be around the corner

• Use a banking centre that is off the beaten track and is not yet ready to cooperate fully with the HMRC but where the deposited assets, or financial institutions, are far less secure.

• Take advantage of the current generous tax “amnesty” offered by HMRC under the terms of the Liechtenstein Disclosure Facility, to bring money hidden in tax havens back out of the cold. 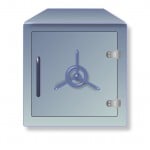 Pinsent Masons says that HMRC believe four out of five UK residents who held a Swiss account are guilty of tax evasion. HMRC are in any event consulting on a "strict liability" criminal offence for not declaring income derived from an offshore asset, which means HMRC would not have to prove intent to secure a conviction.

Jason Collins says: “The tide has turned in favour of tax authorities such as HMRC. The last major holdout countries like Switzerland and Singapore, who have agreed to adopt automatic exchange of information, have come away from the negotiating table clearly lined up against tax evaders.

“It’s essential that those with unpaid taxes due on their oversea accounts move quickly. If they do not come forward now they will find themselves facing fierce investigations by HMRC. HMRC know that that for amnesty schemes, like the Lichtenstein Disclosure Facility, to work then they make some very public examples of those tax evaders who turn down the offer of an amnesty. With higher penalties for those who are caught and the risk of summons for strict liability offences being dished out like parking tickets, the risk reward ratio is increasingly stacked against the evader.”