There are worries that the Syrian government has dispersed its chemical weapons and precursor components amounting to several hundred tons across up to twenty sites around the country reports the Washington Post.

Syria is thought to have the third largest chemical weapon arsenal after the USA and Russia. The report says that officials are monitoring the sites they know about, but there may well be some so far unidentified sites raising the spectre that some of these weapons could be stolen or even used against the people by Syrian troops.

This has led to increased surveillance of the sites and also accelerated preparations for securing the sites using foreign troops these officials said. President Obama is also said to be planning for some form of crises over the next few months, which could include cells of special ops forces being permanently deployed to the south of Syria in Jordan.

Any plans and intervention would probably follow the Libya model where, despite the loss of many small conventional weapons, the chemical weapon arsenal remained safe.

But, in contrast to Libya, Syria’s weapons are far more advanced and battle ready. According to two officials, says the WP article, the stockpile also appears to be bigger and more scattered than previously thought. Some six bunkers contain the most hazardous stuff and up to 14 others are used to store or manufacture them.

It doesn’t help that both North Korea and Russia assisted Syria over many years in building well fortified storage bunkers that are also shielded from satellite surveillance.

With this amount of lethal material spread so wide and not knowing the full picture will mean that a huge operation will be needed to neutralise the twenty or so known sites as well as an unknown number of potential targets.

Let’s also hope that it is not all based on a 12 year old PhD student thesis dodgy dossier and that we actually have enough real spies on the ground in these places these days that makes this credible. You can’t blame people for asking now can you? 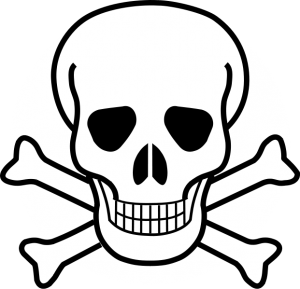