Tara Palmer-Tomkinson has taken a risk with her debut album entitled 'Flawed', the question is, was it worth the time and effort?

I have to say the answer is an unequivocal and emphatic yes, because 'Flawed' is a luxuriant and anthemic masterpiece that any seasoned songwriter/artist would be proud of. And she's not paying me to write this.

Tara's melodic palate is bold with a richness and sophistication that is starkly evident in the vocal, piano and string melodies set in the framework of a very well recorded, mixed and produced album.

Melody is the key to Flawed and Tara has married lyric and melody together with perfect delivery throughout the album with her velvety and occasionally smoky voice.

So let's go through the tracks one by one the first track, 5 Seconds (first single off album) I have already reviewed so I will jump straight to the second track.

'I Don't Need You Anymore' opens with a charming piano motif with an unashamed 1970's French film styled chord progression that follows into the verse and acts as a dynamic point later in the song with the build in strings with a staccato percussive counter melody to the piano.

The chorus is, well, simply superb and you will be singing it all day.

If Holly Can Find A Man shouldn't work but it does because the amazing middle eight with soaring piano, strings and lead guitar ties the entire song together. The lyrics are self explanatory and Tara's end "Find me a man" line is a killer with the theatrical strings supporting the delicate phrasing.

Cry is a moving piece with piano, classical guitar, cellos and double basses reaching into a triumphant crescendo as Tara exorcises her demons and allows the listener to join her in this process.

Lapin ds Neige is a very etheric mixture of lavish harmonies, synth pads, piano and sequenced synth with Tara crooning some French over it (there is definitely a strong French theme running through this album). I do not speak French so I cannot comment any further so trying to piece the lyrics together based on my GCSE French lessons 23 years ago resulted in utter confusion.

However, do not let the possible translation difficulties get in the way of the harmonic washes thrown at you here, they are very enjoyable.

But I Still Have You is yet another anthemic fusion of piano with strings this time with the drums and doubled acoustic guitar changing the production slightly to widen the album's production pallet.

Femme Fatale sees Miss Palmer-Tomkinson attempt a cover version, it is normally at this point that I spit venom but she takes the classic Velvet Underground song  originally vocalised by Nico to another level, basically it is a cheeky choice of song with an inspirational double bass and percussive accompaniment, appropriate choice of classical guitar solo morphing into Tara's piano solo with whistling, yes whistling and it just works like a dream.

Wonderwoman captures the listener in a childhood experience tainted with a sadness and tragedy that really shows off Tara's lyrical prowess.

Flawed is a flawless instrumental with dynamics building into a cinematic crescendo but that is not an adequate a description for this track because Michael Nyman would salivate with jealousy over this piano driven composition that has hidden and subtle complexities to the piano part.

I Don't Want Anyone and Drowning are tracks with more of a pop production (but only slightly) than the others and are very radio friendly.

But the album ends with To Isabella and what a great choice to end with.

The song is a very moving and personal song of love to a late friend and who else could write about a typical Sunday lunch with lobster and normalise it for the rest of us mere mortals? another sign of boldness in her approach to song writing sadly missed in the works of many songwriters today.

Isabella is no 3 chord trick, it is a magnificent achievement with a sensitive approach to structure transforming it into a love letter that I am sure the recipient will receive in the hereafter. 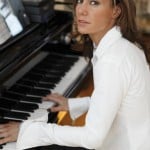 Cards on the table, I hate the fact that this album is so good, it shouldn't be because real songwriters and artists do not make albums like this until their third of fourth Grammy award winning album.

Tara must be laughing her head off at all her critics because she wrote it (almost all of it and that which she didn't she improved), she sang and performed impeccable piano parts on it then put both her heart and soul into completing it and the end result is a great album that she can be proud to put her name to.

This album has been a while in the making but the best things come to those that wait and if there is any justice this will be a number one seller.

Looks like its back to the drawing board for the rest of us songwriters and artists. Pah Tara! Thanks a bunch.

Flawed is available to download from itunes HERE and it is essential listening. 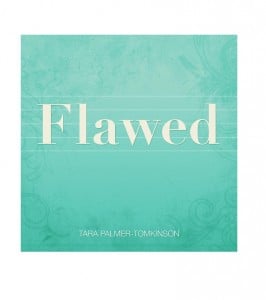 Kali Uchis Is Back With A New Video for 'Loner'

Green Lantern given the red card