The use of drones to target and kill UK nationals abroad has been challenged by Green Party parliamentarians Caroline Lucas MP and Baroness Jones.

Ms Lucas and Baroness Jones say that there is either no policy to undertake such operations or that, if there is one, it is not public and therefore not open to scrutiny.

In a letter to the Ministry of Defence and the Attorney General's office they say that "If any pre-authorised and targeted killing can be lawful, they must be carried out under a formulated and published Targeted Killing Policy which ensures transparency, clarity and accountability for such use of lethal force".

International human rights charity Reprieve called the targeted drone strikes a "huge step" that gave the UK government "the power to kill anyone, anywhere in the world, without oversight or safeguards".

The drone strike in Syria that triggered this move by the Greens, which killed Reyaad Khan, from Cardiff, and Ruhul Amin, from Aberdeen, is expected to be investigated by the Intelligence and Security Committee of the House of Commons.

In a world where atrocities in the UK can be controlled in minute detail from anywhere on the planet, the UK security forces need a mechanism by which they can deal with the threat. That's obvious. 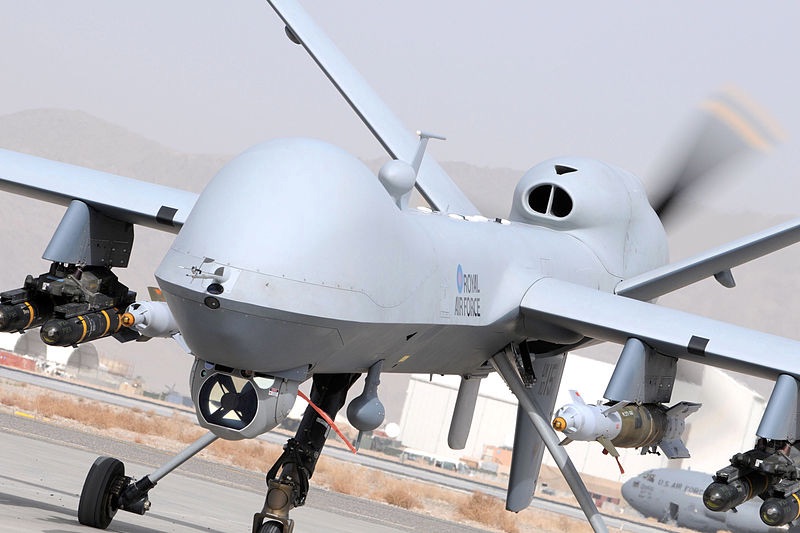 But not all aspects of that mechanism should be in the public domain, as that would result in terrorists finding ways around it.

Although a terrorist act might take place in the UK, the mind with the finger on the button can be anywhere. So preventing that mind from doing its work is vital.

When that mind is located in a stable country the UK security forces should, rightly, liaise with that state's government to deal with the problem – it is also highly unlikely that we would have assets (SAS or drones) there to do it on our own anyway, unless invited to do so.

But where the controlling mind is located in a highly unstable area, such as is the current case in large parts of Iran or Syria, then the UK security forces must take unilateral action, if they feel so constrained, before the event. Contact with the enemy may be fleeting and the chance lost forever through inaction, an inaction that could lead later to horrendous loss of life on our streets.

When armed police see an attacker about to kill someone they have to shoot immediately to prevent the death of the victim. They have no time to do anything else. It is the same when dealing with a controlling mind in a lawless state, the UK has to shoot now to prevent an event that could kill many elsewhere – in fact to do so it is their duty! Also consider that we could only act where we have the assets to do it and we would only be likely to have such assets in places they were needed.

The government tells us that these people were of a lethal danger to the UK immediate enough to warrant such action. The PM did not just wake up one day and think "I'll kill a few terrorists today", he was presented with the information, sought speedy legal advice and then acted on the advice of the machinery of government. We need to trust that system or it will become hamstrung and we will suffer death and maiming as a result.

The only additional safeguard maybe one along the lines of what happens when a UK policeman fires in an operational environment and it causes death. These cases are automatically referred to the Independent Police Complaints Commission. So, such drone strikes could be automatically put before a special parliamentary committee after the event for investigation in much the same way.

Everything we do should have every person who is a potential threat to the UK constantly looking up at the sky and over their shoulder, wondering. We do not need to give them the comfort of access to our operational thoughts and procedures by publishing our strategies.

A thought. What would you want to happen if the UK had concrete evidence that a bomb had been planted somewhere in the UK, that the controlling mind with its finger poised on the button was in an unstable state and an armed RAF drone was the only asset in place? Action this day, or debate the bloody aftermath later?