The Chief Secretary to the Treasury, LibDem Danny Alexander, has echoed the Prime Minister’s view that tax avoidance may be legal but it is immoral.

Mr Alexander also put a figure to this immorality by saying on the BBC’s Sunday Politics show that 2p in the pound could be lopped off the basic rate of tax if everyone in the country paid their fair share.

He did however go on to give the Prime Minister a bit of a public telling off by saying that "As a Treasury minister I wouldn't get into any individual's tax affairs," no doubt referring to the PM’s very recent open references and condemnation of Jimmy Carr’s tax affairs.

“We have to make sure that everybody, especially the rich and famous, are paying their fair share of tax,” he said.

He also said that if the UK was able to narrow its ‘tax gap’, which was about Â£35 billion at the end of last year, by just a quarter that would lead to the ability to cut tax by 2p in the pound for everyone.

"So it's the working people of this country who are paying the difference because so many of the wealthiest think they can get away without paying their fair share of tax." He said.

Former UK Prime Minister, Tony Blair, also entered the fray saying that the public’s mood is changing. Whereas in the good times most people hadn’t really cared much about the tax avoiding rich, now that we are all in it together the feeling is that the wealthy can share in the pain. Then again maybe it has more to do with the greater general public understanding we have now of the huge amount of money that is actually involved. 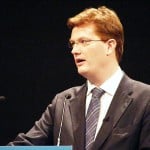 It is also reported that the House of Commons public Accounts Committee (PAC) is also going to be looking into tax loopholes. The chair of the PAC, Margaret Hodge, also told the Times that some of the tax avoidance measures used here would not be out of place in a banana republic.

We didn’t collect enough tax in the good times (we borrowed it instead) and now in the bad times when we need tax collected we reduce the numbers of tax collectors and those that do collect do not extract it from the big companies.

What a strange way to go about things.