Businesses in the UK are entitled to set debt interest against income. Debt can be essential to setting up a business, however small, and being able to run it. However, during yesterday’s first all blue Budget, a cut was announced on interest relief for Landlord’s with buy to let mortgages. From April 2017, full tax relief will be removed. By 2020, landlords will only be able to offset mortgage interest at the basic rate of tax (20%).

With most sectors feeling the pain of Osborne’s tax grab as he manages the deficit, this move was probably inevitable. Justified as addressing an apparent anomaly with owner occupiers who do not enjoy tax relief on their mortgages, at first glance, it would seem politically popular. The reality is, such a comparison, is comparing apples with pears. Homeowners are not running businesses nor do they pay CGT, for example, on disposal of their property.

For some, for course, residential property business seems grubby and exploitative. The Private Rented Sector (PRS) suffers from a moral conundrum. Because it deals with people’s homes, it struggles under a sea of emotion, rather than being seen for what it is. A commercial asset class which should be treated as such, rather than being continually singled out as a tax mule as politicians play to the gallery. 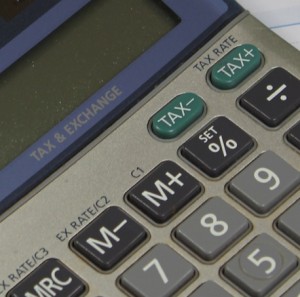 Financials for a landlord are finely balanced. Take a Central London. Gross rental income is at best 4% of the property price. 30% of this 4% goes in letting fees, management charges, service charges, insurance and routine maintenance, to the benefit of the tenant. That leaves 70% of the rent. A landlord who has a typical 70% mortgage, will have to pay it all back to the bank and just break even. Whilst the rental returns may be higher in the rest of the country, there is little financial slack, especially given void periods between tenancies.

So if in addition, the landlord finds he has to pay a tax bill of up to 25% more, the only viable solution to keep their business profitable and not go under, will be to increase rents.

Banks will also react to protect their balance sheet. Currently, they require rental cover on buy to let loan repayments with a surplus of rent over loan interest of around 125% – 130%.  This is already a tough requirement to meet in Central London where yields run low. With further money set to come out of a landlord’s pocket, the banks will almost inevitably increase this to 150% – 160%.

These change are likely to see an immediate contraction in the PRS and rent increases across the board, as landlords put their investment back onto a commercial footing. This can only be bad news for hard-up tenants.

Despite Osborne’s rhetoric in the Budget speech yesterday, the new tax regime compounds, rather than addresses fears expressed by the Governor of the Bank of England. Carney recently highlighted as a key vulnerability to the UK’s economic recovery, the mortgage exposure landlords face when interest rates rise. Buy to let mortgages account for 1 in 7 existing loans and 1 in 5 new loans. He warned that 'rate hikes could force landlords to sell their investments – flooding the market. This sudden rise in supply could potentially amplify falls in house prices'.

The BOE are right to raise this. Lower house prices will lead to lower confidence, dampening spending in the wider retail economy and our still fragile recovery. Whilst politicians may see falling house prices as a panacea to opening up the housing market, the real problem is a lack of housing stock. It is a little known fact that house prices are still 1% lower than in 2008. And who actually wants to see the value of their primary asset fall? What if we see a return of the heartache of negative equity seen in the early 90's?

Whilst the moderated introduction of the new tax is unlikely to cause market chaos, free market manipulation is rarely the right answer. The tax will cause some landlords to offload their stock and discourage new ones entering the market. This could lead to property prices falling and as rents skyrocket, the housing crisis could be exacerbated as people struggle to save for deposits and people who simply want to rent cannot afford to.

The PRS will ultimately rebalance, particularly in Central London which still provides capital returns far higher and more stable than most other asset classes. But, despite all the apparently good intentions, it is more likely the Exchequer will benefit, rather than anyone else.