Towers Watson says that cutting the annual allowance for pension contributions from £40,000 to £10,000 for people who have accessed their pensions flexibly appears to leave some scope for people to wash salary through pensions to avoid tax and National Insurance, but notes that the Government will “monitor” what happens and that the alternative would have been to rush into heavy handed solutions.

The Government has also announced that the “guidance guarantee” will be delivered by independent bodies and the FCA has begun consulting on further details.  Towers Watson hopes that more clarity about how the at-retirement guidance will be delivered will allow the debate to shift onto what pension savers should be told – not only at retirement but also as they accumulate their savings – to help inform their decisions.

Dave Roberts, senior consultant at Towers Watson said: “The Treasury was always going to do something to stop over-55s putting part of their income out of the taxman’s reach by repeatedly paying money into a pension and then taking it straight out again.  The only question was what it would do.

“Stopping all tax-efficient pension contributions once someone had started taking taxed cash out of a pension would have been draconian.  This would not sit comfortably with automatic enrolment, nor with the idea of older people working part-time and topping up earnings with money from their pensions.

“Simply reducing the annual allowance to £10,000 after pensions have been accessed flexibly appears to leave some loopholes for older workers to save tax by diverting income through a pension – especially if they would not otherwise want to save much for retirement.  However, the Government has warned that it will be ‘closely monitoring behaviour’, so this might not be the final word.  High earners who might otherwise do the most tax planning should think carefully before accessing more than their tax-free lump sum before retirement – this would seriously compromise their ability to contribute to pensions in the final years of their career.

“The Government is continuing to mull over whether, or more likely how far, to cut the 55% tax that applies to income drawdown pension pots when the pension saver dies.  Without this, terminally ill pensioners who have already accessed tax-free cash may feel they need to rush to withdraw the remaining balance from their pension so that it is only taxed at their marginal rate and not more punitively.” 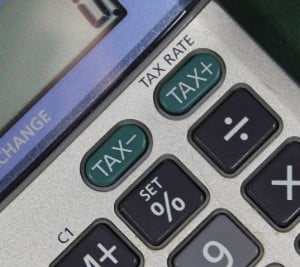 Stephen Green, senior consultant at Towers Watson said: “It’s important that individuals have confidence in the people providing the guidance, but what they are told matters even more.

“For example, how many people buy annuities may depend on whether the choice is framed as an investment decision or as a consumption decision.  How quickly people spend their savings in retirement will be influenced by any rules of thumb they are given.  People might be less cautious if they are just told an average life expectancy than if they are also told about the chance of living significantly longer.  Equally, people will need to understand concepts such as investment risk and capacity for loss which may be quite challenging to convey within the limitations of the guidance service.

“To get the most out of a short guidance conversation, people will have to be encouraged to read up a bit beforehand. Even then, it may only scratch the surface of what they want it to cover, so there will need to be effective signposts to supplementary help.  It will also be important that people are clear about the limitations imposed on the service in order that their expectations are not set too high for what can be delivered.

“Sensibly, the FCA has started looking at where people’s savings will go rather than where they come from when designing the levy. This means that guidance costs will exert less pressure on charges for people currently saving in pensions, and that people approaching retirement now should not get a ‘free lunch’ at the expense of younger savers.”

The Asset Quality Review and stress test: where to next?