The average debt level in advanced economies is expected to crest at historic highs says the International Monetary Fund.

With fiscal consolidation still topping the policy agenda in advanced economies, and increasingly so in emerging market countries, the question of whether and how tax systems can contribute to the adjustment process acquires new urgency, according to the IMF's Fiscal Monitor.

Budget tightening over the past few years means that advanced economies have been able to narrow budget deficits by 4 percentage points on average by 2013, to half the level seen at the height of the crisis—with the notable exception of Japan, says the latest edition of the IMF's Fiscal Monitor.

The report, published in April and October each year to track public spending and government debt and deficits around the world, expects public debt in most advanced economies to stabilize in 2013-14.

At about 110 percent of GDP, the average debt level across advanced economies is still 35 percentage points above its 2007 level, and bringing it down still requires sizable efforts. Although most high-debt countries have now delivered close to two-thirds of the adjustment needed to put their debt ratios on a firm downward path, historical experiences suggest that the main challenge will be maintaining this fiscal stance for an extended period of time— until debt ratios reach more comfortable levels.

"Since we are looking at a protracted process, it is particularly important to calibrate the composition of fiscal adjustment so as to enhance long-term growth prospects and preserve social cohesion," said Martine Guerguil, Deputy Director in the IMF's Fiscal Affairs Department. "This will both help reach the goal faster and minimize the risks of adjustment fatigue and policy reversal."

In addition, the report notes that high debt, an uncertain global environment, weak growth prospects, and a lack of well-defined medium-term adjustment plans in key economies, like the United States and Japan, complicate the task. While global growth prospects have generally improved, eyes have now turned to the United States where a fiscal showdown has begun to play out. In a recent speech in Washington, D.C., IMF Managing Director Christine Lagarde cautioned that political uncertainty in the United States over the budget and the debt ceiling does not help the country's ongoing efforts to deal with other fiscal challenges like entitlement spending reform and a comparatively low revenue base. "The government shutdown is bad enough, but failure to raise the debt ceiling would be far worse, and could very seriously damage not only the U.S. economy, but the entire global economy," she warned. "So it is 'mission-critical' that this be resolved as soon as possible."

Meanwhile, fiscal vulnerabilities are on the rise in emerging market economies. Going into the crisis, they were in a much stronger fiscal position than advanced economies. Many of them used their hard-won fiscal space to support domestic demand and mitigate the impact of the global slowdown. But weakening growth prospects and rising borrowing costs are now putting pressure on their budgets.

Fiscal vulnerabilities are also a concern in low-income countries due to possible shortfalls in commodity prices and aid. Governments in many of these countries will need to identify alternative sources of revenue and improve the efficiency of their spending—including through reform of energy subsidies.

The second part of the Fiscal Monitor examines how tax systems around the world have fared, the challenges and prospects ahead, and what recent research has to say about it all.

According to the IMF report, the tax measures adopted since the onset of the crisis do not rank high on the quality spectrum. "Expediency has been to the fore, with policymakers all too often violating the well-established principles that bases should be broadened before rates are raised," said Michael Keen, Deputy Director in the IMF's Fiscal Affairs Department. "Nor have opportunities been seized to use taxation to address externalities and reduce distortions."

There has been some progress in the taxation of the financial sector, as several countries have adopted bank levies of the kind proposed by the IMF. However, the move to effective carbon pricing—which the IMF continues to stress is crucial to addressing climate change—has still hardly begun. And emerging and developing economies continue to rely on large commodity revenue windfalls to expand public spending even though these sources have proven volatile. So, while the scope for collecting more revenue varies widely from country to country, the report concludes that nearly all could and should tax better. It also advises first identifying and then closing gaps in both policy design and practical implementation and suggests governments focus more on the taxes will be most supportive of growth. 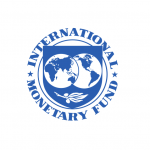 Fairness of tax systems is also under scrutiny, as evidenced by the renewed focus on the complex tax arrangements multinationals use to reduce their tax payments. More generally, tax systems have become less progressive, and inequality has increased over the past decades. The Fiscal Monitor looks at evidence on how the very rich respond to higher tax rates, and concludes that in many cases more revenue could be raised by increasing top tax rates. On wealth taxes, the evidence suggests potential revenue is very high, but past experience shows that realizing this would require a firm stand against special treatments. More clear-cut is the conclusion in the report that property taxes remain under-used in many countries, when they often have the potential to be more growth-friendly, and more progressive, than other levies.

Long-lasting tax reforms often take place in good economic times, when buoyant revenues can be used to compensate those on the short end of the reform. With the sluggish growth of late, governments have a difficult balancing act. Transparency, coupled with broad consultation and effective communication, can help build political support. But to mobilize additional revenue taxpayers must be confident that the money will be put to good use, which requires effective reforms to increase the efficiency of spending.

Family is a key positive influence for savvy savers

The Youf Of Today Don't Know They Were Born