The HMRC use of premium rate telephone numbers cost its callers Â£33 million during 2011/2012 for the 41p a minute calls according to the National Audit Office.

The contracts for these numbers is run by Cable & Wireless, which makes a profit but it is ‘less than Â£1 million’ according to Lin Homer, the HMRC Chief Executive and Permanent Secretary.

Mrs Homer declined to go into any more detail when talking to the Public Accounts Committee (PAC). But the chairman of the PAC, Margaret Hodge, said that the use of premium rate numbers was unacceptable.

With the long introductory message and then being put on hold for lengthy periods (have you ever tried to call the number?) these calls can be expensive in both direct cost and in time consumed. The cost in calls being kept on hold was put at Â£103 million last year by an NAO report.

Then about 25% of the 80 million calls that HMRC receives are never answered.

Although this looks bad on the face of it we should all remember as taxpayers that each government department has the duty to keep its costs down. If they were to make the calls free with the use of 0800 numbers for example then their costs would rise.

So the striking of a contract with a provider that keeps the cost down for the government is no bad thing in itself. It keeps general taxation down (or it should). 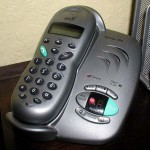 We only have one or two decisions to make here:

The cost of the call has to be met by someone, but in this internet age we keep on expecting everything for free (that is for someone else to pay).

There is of course also always www.saynoto0870.com. Or maybe using the international number and substituting the ‘44’ with ‘0’.

Chinese stimulus to boost sentiment, but not growth yet