This will lead to thousands of taxpayers facing sudden demands for cash payments from HMRC that they may not be able to afford.

"This is inevitably going to lead to immense financial stress and even insolvency amongst the individuals targeted by these accelerated payment demands.

"HMRC need to take into account the fact that many of these individuals will not have fully realised what they were buying into. Whilst HMRC will say it warned users back in 2007 that it would use all its litigation firepower in order to discourage people from entering into schemes in the first place, this strategy was buried away in the detail of a document on their website. I very much doubt promoters brought it to their customers' attention when encouraging them to sign on the dotted line.

"What has really concerned the legal and accountancy community is that HMRC is changing the law retrospectively. That has completely upended the rules that govern these tax disputes – and was not set out in that strategy." 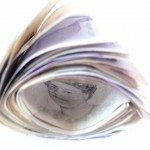 Pinsent Mason explains that HMRC has until April 2016, starting in August this year, to issue an 'Accelerated Payment Notice', warning that they will require the disputed tax upfront.

Pinsent Masons says that it is helpful that HMRC has listed the schemes where it plans to issue Accelerated Payment Notices, but it now needs to publish its timetable for issuing notices in relation to the individual schemes.

Once the Accelerated Payment Notice is issued, taxpayers will have 90 days to pay HMRC – unless they make representations that the notice should not have been issued to them, in which case, if timed right, they will get a further 30 days. It is understood that HMRC is also considering whether to issue "warning letters" a few weeks before they issue the notice itself.

Jason Collins adds: "Those individuals affected will want to know whether they have a few months or a couple of years to come up with the cash."

Central Planners Freaking Out about Discussion of Gold's Role