Traditional banking is under threat from digital disruption, according to a report from Deloitte, the business advisory firm.

The report – 'Banking disrupted: How technology is threatening the traditional European retail banking model' – highlights how the competitive advantages of European banks are threatened by technology and new entrants. The report says banks need to cut costs and transform their business strategy in order for returns to exceed their cost of equity and finds:

Deposit guarantees and new technology are lowering barriers for new entrants into the banking sector. It can cost less than £10m to set up a relatively simple small bank and just £5m a year to run it.

Technology and electronic payments are increasing competition from independent aggregators and capital markets. Banks face huge investments in IT to remain competitive. The annual cost of "non-transformational" change in a mid-sized retail and commercial bank operating on legacy IT systems is likely to be more than €100m. 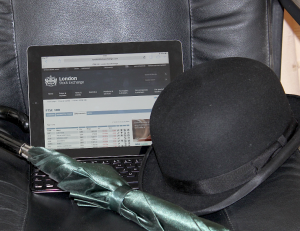 “Banks' access to cheap funding via current accounts is under threat and will force them to redesign their business strategies. They will have to slash costs, accept that they can no longer subsidise loss-leading products and will not be able to operate such large branch networks.

“As competition from alternative sources of funding intensifies, banks will need to re-invent their technology infrastructure. It is not credible to anticipate healthy returns while operating inflexible IT systems based on 1970s technology.”