The Academy of Medical Royal Colleges (AoMRC) has proposed a ten point action plan to combat the UK's obesity crisis.

The recommendations make up part of a report from AoRMC that says that the UK is the 'Fat Man' of Europe and that two thirds of adults are overweight (BMI over 25) and one quarter of men and women are obese (BMI over 30).

In its 'Measuring Up – The medical profession's prescription for the Nation's Obesity Crisis' report, the AoMRC has recommended [1] that:

Possibly seeing the damage a proposed tax could do to the drinks industry, the director general of the British Soft Drinks Association, Gavin Partington, has responded by saying that, although the industry recognises that obesity has become a major concern, "Over the last 10 years, the consumption of soft drinks containing added sugar has fallen by 9% while the incidence of obesity has been increasing, and 61% of soft drinks now contain no added sugar." 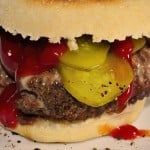 But although the government would like to see a fit and healthy workforce it also realises that it needs that workforce to be gainfully employed making things that people will readily consume, like soft drinks and fatty foods, in order for the economy to keep spinning in its quest for growth. Having people drinking water and eating basic good food would not be an economy spinner. And anyway, what of free choice?

But the real question would be who would decide on what food and drinks are healthy / unhealthy and then dictate to us what we should or should not eat? One has the uneasy feeling that with the money the manufacturers can bring to bear and the influence their lobbyists can command would ensure that 'corporate science' won out. We might end up with the fruit and vegetables taken straight from the ground and the tree but unadulterated by human interference by sprays and genetic modification ending up as being branded 'unhealthy' because they are dirty and raw and so taxed. But with big food processing factories pumping out cheaper and, for them, more lucrative garbage for the masses to suck up.

Image by By jeffreyw (Mmm…hamburgersÂ  Uploaded by FÃ¦) [CC-BY-2.0 (http://creativecommons.org/licenses/by/2.0)], via Wikimedia Commons

Sugar consumption having a 'devastating' effect on all of our dental health, claims charity