The UK has submitted an application to the European Commission (EC) to extend the rural fuel rebate scheme to ten new towns, Chief Secretary to the Treasury, Danny Alexander has said.

Following a careful assessment of all the evidence, three towns in England and seven in Scotland were judged to have met strict criteria, for example exhibiting pricing characteristics similar to the islands eligible for the existing discount, which the EC have indicated will be critical in their assessment.

In line with European Union law, the UK now needs to secure approval for the expanded scheme from the EC. An application for the ten towns and the supporting evidence has been submitted to the EC. The UK is seeking up to a five pence per litre (ppl) cut in fuel duty for the areas selected.

The areas that could see fuel duty cut: 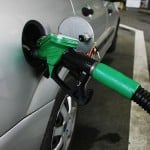 A final decision on the areas in the scheme and the price discount is expected from the EC next year. If the extension is approved this will raise the number of people benefitting from the rural fuel scheme to nearly 120,000.

"As a Highlander, I know all too well that fuel prices tend to be highest in areas where a car is needed the most. We've already delivered a tax cut for remote islands and now want to extend that to mainland rural areas that suffer from similarly high prices to the islands.

"We have put together the strongest possible evidence base to try and maximise the places that get it. As I've said before, it won't be easy to get this agreed with the Commission, but I will do everything I can to make this happen."

These new areas have been identified in accordance with a number of strict criteria which the EC have indicated will be critical to their assessment:

1. Pump Price Threshold: Pump prices have to be consistently more expensive than the lowest pump price on the islands in the existing scheme, during the months examined.

2. Cost of Transporting Fuel: Towns have to be over 100 miles by road from the nearest refinery.

The government launched a call for information in July 2013 and received a number of submissions to inform the evidence it has submitted today.

Given the strict nature of the EC criteria, towns that have not adequately fulfilled these criteria have not been shortlisted as they are extremely unlikely to receive approval from the EC.

The current rural fuel scheme came into effect in March 2012 and allows retailers of road fuel within the Inner and Outer Hebrides, the Northern Isles, the Islands of the Clyde and the Isles of Scilly to register with HM Revenue & Customs (HMRC) to claim back five ppl relief on unleaded petrol and diesel for retail sale within the eligible areas.

Analysis produced by HMRC, also published today, shows that the scheme has successfully reduced prices on the islands relative to the UK mainland. The latest data shows that pump prices have consistently been five ppl lower relative to the mainland.