• Almost half (47%) of tenants believe their current landlord has not put their deposit in a scheme; just over a quarter (26%) say they don't know

More than half of tenants (53%) admit they’ve never checked to see if landlords are holding their deposits in mandatory, government-backed tenancy deposit schemes, according to new research from UK’s biggest flat and house share site SpareRoom.co.uk.

The rules apply to assured shorthold tenancies – the most common form of rental agreement in the UK for flatsharers if the landlord doesn't live in the property. Yet almost a fifth (16%) of tenants admit they’ve never even heard of the tenancy deposit scheme, while a third (34%) aren’t aware it’s mandatory for live-out landlords to protect tenants’ deposits, two years after the government strengthened the scheme.

More than one in eight (13%) tenants told SpareRoom they have submitted dispute claims through a tenancy deposit scheme. According to the survey, the outcome was almost evenly split: 48% of tenants won their claim while 52% said their landlords won the dispute. 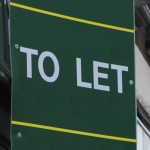 "It's easy to see why tenants who've been burnt in the past see deposits as rent top ups. You hear horror stories about the excuses landlords have found to withhold deposits when tenants move on, but there are two sides to every story.

"The rogue element of the landlord community is far smaller than most people think. The wider problem is a private rented sector dominated by amateur and accidental landlords, who don’t always know their responsibilities. But the tenancy deposit protection scheme has certainly helped establish more trust – ensuring landlords cannot profit from deposits as an additional source of income, and mediating when disputes arise.

"The rules are that landlords offering assured shorthold tenancies are now legally obliged to put their tenants' deposits into one of the government-backed schemes, and provide details of that scheme to the tenant within 30 days.

"It's in tenants' best interests to check this has been done, as, if there is a dispute over the return of the deposit, the scheme provider – not the landlord – will hold on to the deposit until it’s resolved.

"It’s also in the landlord’s best interest. If they fail to properly protect a deposit, a court can order them to pay the tenant up to three times the deposit."

How quickly will inflation fall?