Tesco shares fell by up to 15% today as news came through of its disappointing end to 2011.

They have recovered a little and are now at just a little under 13% down on the day as I write.

Although Tesco had strong performances in Asia, Europe and the USA, it was the UK domestic performance which fell below expectations by delivering a profit warning and the worst figures for years.

"In a challenging economic environment, we made good progress internationally but despite record sales, we are disappointed with our seasonal trading performance in the UK.” Said Tesco’s Chief Executive, Philip Clarke, in the company’s Christmas and New Year trading statement “Determined to move faster”.

The company invested a lot in its ‘Big Price Drop’ promotion, but it failed to catch on to sufficiently justify the expense. “We delivered a very good Christmas shopping experience for our customers but in a highly promotional market, the volume response to our increased investment into lowering prices did not offset the deflation it has driven.” Said Mr Clarke.

The company are expecting more challenges ahead for the UK as belts are tightened. It also expects less profit and lower amounts of capital available for it to be able to invest in expansion in the UK. 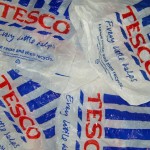 Talking about the prospects Tesco said “In a challenging consumer environment at home, and with early signs of more cautious behaviour emerging elsewhere, we have seen more strain than anticipated on our profitability during the important seasonal trading period. As a result, while underlying profit before tax and earnings per share for 2011/12 will be broadly in line with market consensus forecasts, we expect Group trading profit growth to be around the low end of the current consensus range. Our plan for 2012/13 now reflects substantially increased investment to deliver an even better shopping trip for customers – particularly in the UK. Consequently, we anticipate minimal Group trading profit growth for the year. An important element of our plan for 2012/13, as we signalled at our Interim Results, will be reduced levels of capital expenditure as we modify our approach to UK expansion.”

But it seems that almost in sympathy the share prices of Morissons, Marks & Spencer and Sainsbury all fell and are currently all down about 5% on the day.

And in further bad news for the retail sector Argos, Mothercare, Thorntons and Halfords all reported that they were being squeezed as consumers counted their pennies.

Little Chef has also declared that it will be closing down 67 of its outlets as well as shedding some 600 staff.

Not a good start to 2012 for British business.