Texas have released their new video for lead single "Start A Family" which features Sharleen Spiteri and infamous British actor Alan Rickman, reuniting after 15 years since they memorably danced the tango together in the video for 'In Demand' back in 2000.

'Start A Family' is written by Texas stalwarts Sharleen Spiteri and Johnny McElhone along with newcomers Karen-Anne and Jack Townes. The track was recorded by Texas in Glasgow and New York. The song is is classic Texas – beautiful soulful pop with a stunning melody built around Sharleen's powerful and evocative vocal.

TEXAS celebrate their 25th Anniversary in style with the release of their latest album 'Texas 25' which contains brand new songs along with the very best of the multi-million selling (over 38 million album sales so far), multi-platinum, Ivor Novello Award winning band. 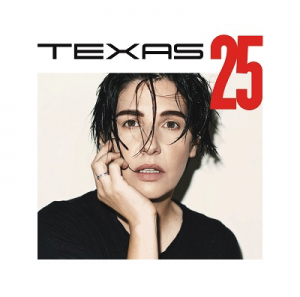 Recorded in the Queens studio of Truth & Soul and mixed at The Black Key's Dan Auerbach's Nashville studios, working on 'Texas 25' was a chance for Sharleen Spiteri and the boys to hear Black Eyed Boy, Halo, I Don't Want a Lover, Say What You Want, Summer Son, The Conversation with new ears. 'It was incredible to be able to reflect on our body of work after 25 years and rework the tracks in a way that somehow is the very essence of what we've always been about, soul music.' says Sharleen.

In 2015, Texas will present the findings of their 25 years in pop in a new, intimate arrangement, 'An Evening With…' in which Sharleen will talk through her amazing career and the band will play as a four piece skiffle ensemble as punctuation points.

'AN EVENING WITH TEXAS'

TEXAS 25 comes in a range of formats including a 12 track CD, Deluxe 2CD pack and red vinyl. There will also be a beautiful limited edition box set containing the album on deluxe 2CD, red vinyl along with photographic prints, a certificate of authenticity signed by Sharleen and a 80 page hardback book compiled by the band including new and never before see images from the bands history.