Take a look at the five most luxurious hotels in London

When one desires to stay in a global capital city in the utmost luxury, there really is no beating London. The metropolis has an especially fine tradition of 'Grande Dame' hotels, as sprung up in great numbers in the 19th and early 20th centuries in response to the challenge posed by Paris.

One can only imagine how overwhelming the average hotel reservation system is for such opulent establishments! Find out here how you can invest in the perfect such system for your own hotel – but in the meantime, let's consider five of the places to rest one's head in London that truly redefine luxury. 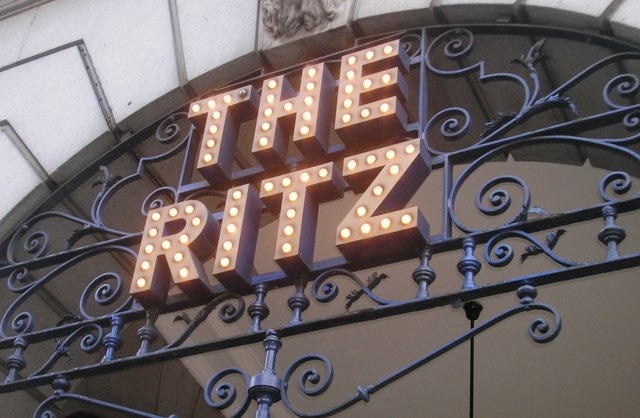 It may now seem the archetype of supremely-appointed London hotels, but the Ritz was only opened in 1906 by Swiss hotelier César Ritz, eight years after his foundation of its sister establishment in Paris.
Guests today can expect all of the trappings of high society that are synonymous with this grandest of Piccadilly hotels, from sensitively restored XVI style bedrooms and suites to the impeccable service provided by bellhops who open the double doors to new arrivals.

The story of this iconic establishment set back from the bustling Strand between two busy roads isn't just about its current level of opulence, epitomised by the commodious and traditional bedrooms.
After all, the hotel has a long history of luxury innovations – it was the first luxury hotel in the UK, in fact, the first to offer such perks as constant hot and cold running water, electric lifts and electric lights throughout the building. Extensive renovations between 2007 and 2010 have only made it an even more desirable place to stay in the 21st century.

Another 'Grande Dame' London hotel to have recently undergone significant renovation is the Goring. This work to the magnificent venue near Buckingham Palace resulted in a sumptuous new Front Hall, adorned with wallpaper depicting hand-painted English romantic scenery featuring exotic animals and caricatures of the owners and staff.

The main rooms are also finely decorated, but welcoming. This Belgravia establishment also has the distinction of still being owned and run by the family responsible for its construction, it having been opened by Otto Richard Goring in 2010.

Situated on Hyde Park Corner opposite Hyde Park itself and the residence of the Dukes of Wellington at Apsley House, the Lanesborough's stately elegance may echo that of London's many other 'Grande Dame' hotels, but it actually only opened as a hotel in the early 1990s.

The establishment – formerly St George's Hospital prior to its relocation to Tooting in the 1970s – is now operated by the Oetker Collection, and combines cosmopolitan charm with a fastidious service typified by a 24-hour private butler for each of its 93 rooms' guests.

Head to Carlos Place in Mayfair and you will find the majestic Connaught, which was initially known as the Coburg Hotel at the opening of the current building in 1897, prior to a switch to the less German-sounding 'Connaught' amid World War I hostilities in 1917.

Although the Connaught has long been known for the utmost quality of service, it did badly require renovation by the time a major £70 million restoration programme was launched in 2007. The hotel has never looked – or felt – better since it reopened, with some 30 rooms in the new wing of the building combining contemporary, slightly oriental style with Japanese Toto heated seat/bidet toilets.

These are just five of the hotels that have long made staying in London the last word in luxury for generations of the English capital's visitors. If you wish to give your own establishment some of the same magic dust, a hotel reservation system may go a long way to accelerating the growth of your business and enabling you to offer a better service to your guests.

Google – the tool of choice when naming children