The Age Audit: Delivering a Business Response to Ageing

ILC-UK ask if it is 'time to 'ditch' the concept of retirement?

A new business "Age Audit", published last week, includes an 8-point action plan to support companies who want to respond to the challenges and opportunities of ageing.

The Age Audit has been published by the International Longevity Centre-UK (ILC-UK), the leading think tank on longevity and demographic change as part of the ICAEW BusinessFutures project.

The Age Audit points out that unless businesses respond to ageing, UK plc faces significant fiscal and economic challenges. If the over 65s are unable to find employment, those who are in work will account for a diminishing proportion of the population. Tax revenue from those in work may fail to keep up with demand for social security from an increasingly large proportion of people aged over 65 and out of work.  Demographic change may mean that future economic growth may be dependent on either substantially increasing the productivity of those in work or the numbers of people over 65 in work rises.

The Age Audit reveals that:

ILC-UK argue that if businesses make the right decisions to support increasing flexibility in the workplace, to raise the health and wellbeing of the workforce, to counteract ageism and to embrace continuous learning, the concept of retirement as we think of it today will no longer have any use. 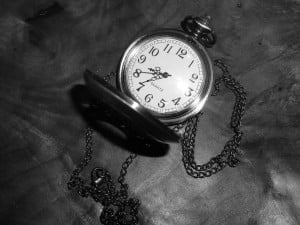 "Ageing poses both an opportunity and a threat to businesses around the world. With growth in the number of people aged 15-64 likely to slow over the coming decades, businesses will be forced to put emphasis on recruiting older talent and ensuring lower levels of "brain drain" from their organisations.

At the same time, consumption of goods and services by the over 65s is likely to grow at a faster rate than any other demographic group necessitating innovations in design and marketing to tap into the "grey pound".

Businesses that anticipate and plan for these winds of change will be best prepared to flourish, while those that fail to prepare could struggle to survive and grow."

"If businesses focus exclusively on the under 65s, they will be missing out on a vast and growing talent pool. Indeed, just to fill the likely number of vacancies over the next decade will make the employment of older people a necessity rather than a luxury."

How businesses can respond to ageing: introducing the eight-point action plan:

4. Support those with disabilities as well as the wider health and wellbeing of the  workforce

India Consumer Indicator Falls to 125.8 in March from 127.8 in February