The allure of gold

Throughout the recent worldwide economic turmoil one of the winners has been gold, the price of which just seems to keep climbing.

Nervous investors have been looking for a safe haven as the 'debtonation' they feared looked to be more and more likely.

Gold did however take a minor knock on the news that the US politicians had agreed a last minute deal over raising their debt ceiling, so arguably saving the world from another 'Great Recession', if at least temporarily.

But, as Andrea Hotter notes in the Wall Street Journal, gold isn’t done yet.

Despite the US debt ceiling deal there is enough negativity around for gold to maintain its attraction for investors.

The article quotes Tom Winnifrith, a fund manager at t1ps Investment Management, as saying 'On Aug. 1, the U.S. dollar officially lost its place as the world's safe currency as a store of value. In the absence of an alternative, the only currency whose value is not being systematically destroyed by politicians remains gold, and if you think recent increases in the gold price were startling, you ain't seen nothing yet.' He is saying that gold will get to $2,100 per ounce by the next US presidential election in 2012.

There is also the reaction of the rating agencies says Andrea Hotter. They may not view the proposal to increase the debt ceiling from $14.3 trillion to $17.7 trillion with the pledge to cut spending by $2.5 trillion over the next decade as particularly attractive. Some agencies are looking for cuts in the $4 trillion ball-park.

So the US retention of their AAA status isn't yet assured.

With weak economic data and persistently high unemployment figures from the US, a debt merry-go-round in Europe and the prospect of China not stepping up to the plate as once expected gold may well keep inching up for the foreseeable future. 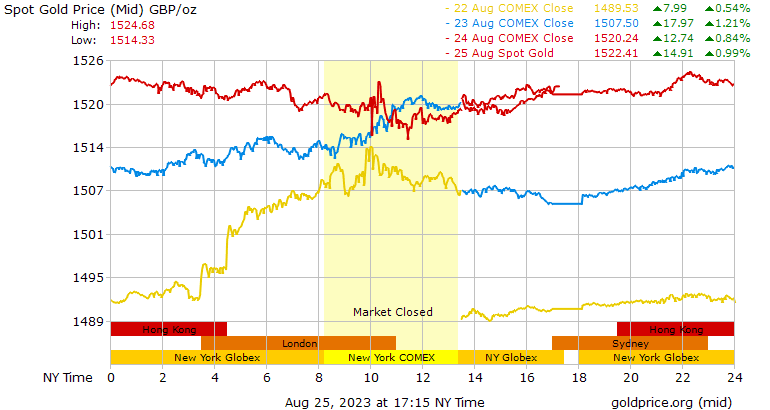 Could your finances survive “One Unfortunate Week”?