The campaign for financial education to be included on England’s national curriculum has “only been half won,” according to the Head of UK Financial Planning at one of the world’s largest independent financial advisory organisations.

Whilst deVere United Kingdom’s Kevin White acknowledges that “it is a victory for common sense” that from September it will be a compulsory component of the English national curriculum, he has still has “lingering doubts” about the extent and effectiveness of the classes.

He comments: “deVere Group has campaigned intensively for years on this issue and was, therefore, delighted by the Department for Education’s decision last autumn to formally and officially educate children in England on financial matters.

“The move is certainly a step in the right direction. It is a victory for common sense that will hopefully benefit individuals and the wider British economy in generations to come.

“However, although it has been widely applauded – and rightly so – campaigners, proponents and supporters must remember that the battle has only been half won. We have plenty more to do in this area. Indeed, the real fight starts now to ensure the success of this initial step and to remove any lingering doubts regarding its true value and effectiveness.”

The compulsory financial education lessons that have been included in the final version of the national curriculum for 2014/15 will involve ‘financial numeracy’ being taught in mathematics, and ‘money management’, which will include personal debt and public finances, being taught in citizenship classes.

Mr White continues: “Our main concern is that only around half of all children are in schools which follow the national curriculum, meaning 50 per cent of children in England will still not necessarily receive any formal financial education. 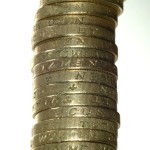 “With this in mind, we need to now focus our attention on the academies and free schools. We’re urging the head teachers and teachers of these schools to appreciate and value, as those who teach the national curriculum have now done, the vital importance of focused financial education in today’s world.

“Financially speaking, the world has changed in recent years, and it is continuing to evolve at an incredible rate. It would be a massive disservice to our children not to teach them ‘money’.”

deVere United Kingdom’s Head of UK Financial Planning adds: “The other key area of concern about the forthcoming national curriculum inclusion regards the allocation of time and resources to this critical area.

“Financial education will not be a standalone subject, but will instead be included within other subjects – maths and citizenship – which both, understandably, already have full syllabuses. As such, will financial planning matters be given the credence they truly merit?

“Campaigners should, if possible, next focus on financial education becoming a subject in its own right.”

For the last three years, deVere Group’s founder and chief executive, Nigel Green, has publicly lobbied the government to offer financial planning classes in schools, alongside more traditional subjects such as English, mathematics and science.

He argued: “Planning for your future financial security is a fundamental life skill that is consistently overlooked.”

Earlier this month, the Department for Education issued a letter to deVere United Kingdom thanking the firm for its “keen interest in the educational wellbeing of children and young people” and for “sharing experiences.”

Are the public sector cuts going to be enough?