For a long time Blackberry dominated the scene when it came to mobile phones for business. They had features like BBM instant messaging and the ability to synchronise your emails by way of Research in Motion’s massive severs transferring messages to mobile phones.

Now though the market is beginning to open out. iPhone’s have taken a large market share as mobile phones of choice for a lot of businesses due to their huge business app range and the possibilities they create.

Blackberry has responded to the competition with something of a resurgence in standards throughout the current Blackberry 7 range. The Blackberry 9320, 9350, 9360 and 9370 all represent decent phones, and the days of carrying a Blackberry around alongside another smartphone for social use seem to be ending. Many modern Blackberry’s are worthy of both business and general usage, particularly the affordable Blackberry Curve 9360 or the premium end Blackberry Bold 9900. Both phones score highly with the critics with the 9360 being a great option in terms of quality and value and the 9900 being Blackberry’s best quality phone until the new Blackberry 10 is released. 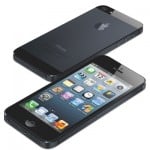 As mentioned earlier the challenge to Blackberry’s mobile phones comes mainly in the form of the iPhone range. The iPhone 4, iPhone 4S and the new iPhone 5 would all be worthy accessories for businesses looking to develop not only communications but also revolutionise the way their operations work.

The iTunes app store has a great business section and with apps like Evernote and Hootsuite you could really push the way your business works into new realms. Blackberry’s are obviously perfectly functional and superb communication devices but the future of business integration could be as much about the apps.

This is particularly the case now that you can sync iPhones with Outlook and apps like WhatsApp exist as cross platform instant messaging services meaning you can IM to all mobile phones.