Will Hodson, co-founder of group switching organisation The Big Deal, responded sceptically to the freezing of the Carbon Floor Price in the Budget questioning whether energy companies would pass on cost savings:

"Freezing the carbon floor price will reduce energy companies' costs. But people don't trust the Big Six to pass on those savings and reduce customers' bills. Just 17% believe they get a fair deal from their energy providers. The only way to get a better deal on energy is for people to come together and demand cheaper bills."

Over 5,000 people have signed up for The Big Deal after launching less than a week ago including Energy Secretary Ed Davey and Energy Minister Michael Fallon themselves (http://thisisthebigdeal.com/blog/energy-ministers-sign-up).

Polling done for The Big Deal by Populus found: 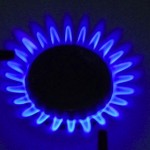 • Massive disillusionment with energy companies and how they act

• Just 17% believe they get a fair deal from their energy providers.

• Just 16% believe energy providers are transparent in their communications.

• Just 17% trust their energy providers to find them the best deal.

• Three out of five (62%) believe energy companies don't care about their customers.

Support for another way – people power

• Over 80% of people are interested in joining a collective switch as a way of saving money.

No plans to tackle interest only mortgage 'time-bomb'