The big questions about Scottish independence

Towers Watson summarises what Scottish independence could mean for pension plans, their sponsors and financial institutions.

As we enter the final three months of the countdown to the Scottish Independence referendum, Towers Watson has released a short paper, entitled The big questions, outlining how a yes vote to Scottish independence could affect UK-wide financial institutions and pensions plans.

It poses questions in several fundamental areas such as currency, membership of the European Union and tax and fiscal policy.

David Gordon, senior consultant at Towers Watson’s Edinburgh office and one of the authors, said:

“We acknowledge the importance of the independence debate for Scotland and have no view on the merits for or against Scottish independence, but wish to set out some of the key issues, as we see them, so that our clients can prepare themselves for potentially significant change.” 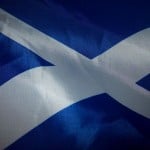 In the paper Towers Watson summarises the main questions for pension plans, as well as some of those likely to affect the investment and insurance industries, in the event of a yes vote. It suggests that these will only be answered through the developing economic, social and regulatory policies of an independent Scotland and not ahead of time.

David Gordon said: “While there are many imponderables at this stage of the debate, it is clear to us that all financial institutions and pension plan sponsors will be faced with a series of important policy decisions and an inevitable increase in complexity and cost, in the event of a yes vote.”

The report can be downloaded from HERE.