The birth of a ‘Super-Euro’

The writing is on the wall for all to see; the Euro has failed and Eurozone politicians are now manoeuvring to salvage what they can from the mess.

Even as the brand new Greek Prime Minister, Lucas Papademos, says that Greece’s future lies within the Eurozone, a ‘secretive cabal’ calling itself the Frankfurt Group has been set up by French and German officials, reports the Express, with the aim of setting up their own agenda.

David Cameron calls this the Euro’s ‘moment of truth’ and Vince Cable has talked about financial ‘Armageddon’ as the Euro stumbles and crumbles before our eyes.

UK ministers, already worried by reports from Brussels that France and Germany are preparing for a Euro break up leading to recession, should be more concerned about the possible formation of a new slimmed down Eurozone based on a wholesale re-writing of the euro project, a sort of ‘Phoenix’ currency; from the ashes of the Euro a new Euro would be born, but this time based on more economic and fiscal integration of the remaining strong nations. The Euro is dead, long live the Euro!

There would of course be a period (many years) of low or negative growth in Europe, but this new ‘Super-Eurozone’ would consist of the high rollers in the economic and productivity stakes within the old Eurozone without the drag factor of the lower performing states holding it back. It would therefore be well placed to rebound quickly while the rest of the Eurozone and wider EU struggle. 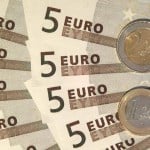 This is a real threat to the rest of the EU members. A strong caucus of states working together within the EU backed up with voting powers within council of ministers’ meetings and a large number of MEPs.

What this amounts to is a whole new, very large and powerful country joining the EU club and then being over-endowed with political power.

As a minimum the UK and other non-Eurozone members, if they want to stay in the EU, need to push for a review of how voting powers are allocated to member states’ ministers, so that if a caucus such as the Eurozone continues to exist it only has the political power of a single nation not that of all its constituent nations. That means one seat in council of ministers’ meetings as well as a reduced number of MEPs.

Without this any new even more integrated Eurozone would have an extremely unfair advantage over the rest.

Are the public sector cuts going to be enough?

FPC View on Interactions of Macroprudential and Monetary Policies