The health benefits of acting now are substantial, says editor in chief

The BMJ is today calling on the World Health Organisation (WHO) to declare a public health emergency on climate change.

Editor in Chief, Dr Fiona Godlee, says there is clear scientific consensus about the threat to human health and survival and calls on doctors and other health professionals to take a lead in tackling climate change.

This week’s journal includes an article that contains no medicine or healthcare at all. “The science of anthropogenic climate change: what every doctor should know.” Why? Because, says Godlee, “if we doctors are to become effective advocates against climate change, we may be helped by a better understanding of the science.”

She explains that, with a high degree of certainty, the Intergovernmental Panel on Climate Change (IPCC) has concluded that the world is getting hotter and that human activity is mainly to blame.

Global average temperatures have risen by about 0.5°C in the past 50 years and by 0.8°C from preindustrial times. The effect of these higher temperatures on weather systems is already being felt. Sea levels are rising due to thermal expansion of the oceans and the melting of polar icecaps and glaciers. 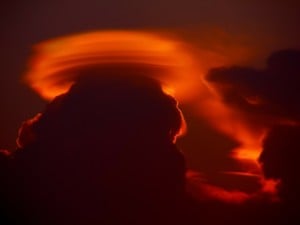 The IPCC warns that even with a radical cut in greenhouse gas emissions, starting almost immediately, global warming would continue, while with unabated emissions, temperatures could be more than 4°C higher than pre-industrial levels by 2100.

In some regions of the northern continents, temperatures could increase by more than 10°C with catastrophic effects.

Yet the health benefits of acting on climate change are substantial, argues Godlee.

For example, burning fossil fuels causes about seven million premature deaths from indoor and outdoor air pollution, she explains, while smog in Beijing and other major cities “is alerting the public and waking up our politicians in ways that the more invisible threat from carbon dioxide emissions has failed to do.”

Also in our hand is the substantial health dividend of more active and sustainable low carbon lifestyles: lower rates of obesity, heart disease, diabetes, and cancer, she adds.

She acknowledges that WHO has shown important leadership on climate change but has stopped short of declaring a global public health emergency. “This may be understandable with Ebola raging. But it is what WHO should now do.”

She concludes: “Deaths from Ebola infection, tragic and frightening though they are, will pale into insignificance when compared with the mayhem we can expect for our children and grandchildren if the world does nothing to check its carbon emissions. And action is needed now.”