The books that made the Kindle great

Amazon’s e-reader, the Kindle, has revolutionised the way customers use books. Despite being a pretty basic form of technology, the Kindle has gone on to sell world-wide in its millions, transforming commutes, holidays and bedtime reading forever.

No matter how great the kindle is, however, it needed plenty of great reading material to get it started. The instant availability of books on the Kindle has meant those much-talked about tomes have become instant best sellers as readers download the hits with just a click of a button. 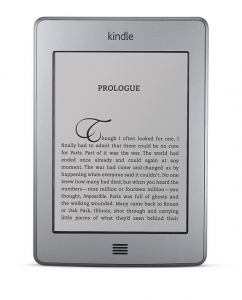 Young adult author Suzanne Collins was announced by Amazon as being the bestselling author on the Kindle of all time, according to the Hollywood Reporter. The Hunger Games, which features a post-apocalyptic world of fights to the death, poverty for the masses and incredible wealth for the few, hit the number one mark for most Kindle purchases.

The success of this particular series of young adult books can surely be partly thanks to the anticipation and excitement that followed the film adaptation of the series, starring Jennifer Lawrence and Liam Hemsworth.

As well as reigniting a passion for erotica, Fifty Shades also drew adult readers towards the Kindle thanks to the anonymity it provides. According to Pocket Lint, Comet reported a 71% increase in sales of Kindle devices as popularity of the series grew.

The lack of cover, discreet screen and understated design means that readers of any age and taste can read publicly without fear of judgement from others that may be on their commute to work, or simply passing-by.

As the film adaptation of Fifty Shades is hotly anticipated, it has been revealed who will take the greatly argued-about character roles of Christian Grey and Anastasia Steele [1]. Everything about Fifty Shades is big news, meaning anonymity isn’t such a huge problem anymore as erotica has come into the mainstream.

The Lost Symbol by Dan Brown

As the Kindle and other e-readers released and became increasingly popular, other such popular saw that their Kindle books were quickly outselling their paper equivalents, especially one Apple released the iPad.

Even those writers who do not have professional representation can publish their own work on Amazon for Kindle. It’s a great opportunity for anyone looking to publish under their own terms, and with prices available to set independently, it can be a great way to make some extra money from your writing.