The budget will make no difference to Britain's economy

Well that's the view of the people according to a post budget poll conducted by YouGov for The Sun, which revealed that the public support most of the key changes laid out in the budget, but they don’t think it will help improve Britain’s economy, nor do they believe it will leave British families better off.

Of the changes laid out by Chancellor George Osborne on Wednesday, increasing the personal tax allowance (the amount people can earn before paying tax) to Â£10,000 and cancelling the planned rise in fuel duty are most popular, with 89% and 85% support respectively. There is also majority support (51%) for reducing the tax paid on beer by 1p per pint, reducing the tax companies pay on employing people (65% support), and offering interest free loans of 20% for those people buying new build homes up to Â£600k (59% support).

However, 52% of people think the budget will not make much difference to the country as a whole, compared to 14% who think it will make things better, 24% who think Britain will be worse off and 9% who are undecided.

Asked what impact the budget would have on them and their family, and 50% of people think it won’t make much difference, compared to only 10% who say it will leave them better off. Nearly a third (30%) thinks the budget will make their personal situation worse, and 9% are undecided.

A plurality (39%) of people say the budget is a fair one, while 31% say it is not and 30% aren’t sure. This is a considerable improvement over last year’s budget, when 32% said it was fair compared to 48% who said it wasn’t.

The poll also revealed that while people don’t have much confidence in the coalition government’s economic management, they still trust it more than Labour on the economy. 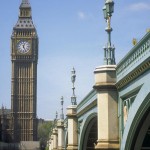 Less than a quarter (22%) of the public think George Osborne is doing a good job as chancellor, while 50% say he’s doing a bad job.

However, asked who would make a better chancellor and nearly a third (31%) choose Osborne, compared to only a quarter (25%) who say Ed Balls would do a better job.

Asked who they would trust most to deal with the deficit and 32% of people say they would most trust the coalition, compared to only 25% who would trust Labour. Meanwhile, 34% say they trust neither, and 9% are undecided.

Just under a third (32%) say they trust the Conservative-Liberal Democrat coalition to make the right decisions to improve the state of the economy, compared to 28% who choose Labour, 30% who say neither and 10% who are undecided.

What Those Collapsing Homebuilder Stocks Are Trying to Tell Us