Statistics released today by HM Land Registry for Q1 2013 provides positive news for UK homeowners: house prices have increased on average by 5.5% over the year.

However, despite the Government’s much trumpeted stimulus package, there were just 135,367 sales in Q1 2013, meaning transaction levels are 38% below long term averages! As LCP have highlighted before, a further crisis is also looming on the horizon. With average prices at Â£239,296 they are rapidly approaching Â£250,000 where Stamp Duty leaps from 1% to 3%. Again, the Government needs to urgently consider this.

Naomi Heaton, CEO of property investment specialist London Central Portfolio Ltd (LCP) comments: “Stamp Duty is the most iniquitous tax. Ordinary people will have already paid income tax on their earnings and then they are forced to stump up again to buy their family a home. When the tax was introduced it was never intended to be a tax on the ‘every-man’ but now it is just another way for the tax man to dip into our pockets. Average prices have increased by over 3 times since the Â£250,000 threshold was introduced in 1997. It is time the Chancellor took action to enable people to trade up, freeing the market for first-time buyers. ”

At the same time, the statistics show that some of the heat has come out of the Prime London Central market, with price appreciation slowing to just 1% in Q1 2013 following a bumper year. Average prices now stand at Â£1,373,231. However with transaction levels continuing to fall to just 1,271 – the lowest level since the depths of the Credit Crunch in early 2009 – it is likely that insatiable demand will force prices up again. 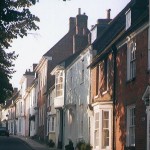 “Prime London Central has been the engine house driving UK property prices for the last 4 years and it was inevitable that the levels of price inflation would tail-off. The number of transactions is at its lowest level since the Credit Crunch, but the causes are entirely different. In 2009 there were no buyers; in 2013 there are no sellers. We came across an off-market 2 bedroom flat in Kensington last Friday and within 24 hours it had been snapped up at 5% above asking price – a clear indication that buying appetite exists, but that the best properties are few and far between” says George Hankinson, Managing Director of LCP.