The yuan fell by 1.9% against the US dollar on 11 August. At first glance, this engineered devaluation by the People’s Bank of China appeared benign. When Argentina abandoned its peg to the US dollar in 2001, the peso dropped 40% in a day. Switzerland’s move to scrap the Swiss franc’s cap with the euro in January this year caused its currency to rise by than 19%. The yuan’s move, in comparison, looked paltry.

Yet markets have reacted dramatically. The Financial Times called Beijing’s surprise devaluation an “escalation of currency wars” and The Guardian claimed this move could be “best seen as a distress signal from Beijing.” In other quarters, analysts said that China’s devaluation was a move to boost exports because it was losing control of its economy. The fear is that the yuan is set on a downward spiral. 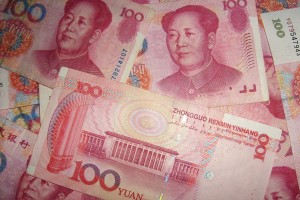 China’s exchange rate regime worked like this: the central bank set a midpoint, or a central parity rate, every morning and intervened over the course of the day to keep the exchange rate from straying more than 2% above or below the midpoint. Critics have long alleged that China has manipulated its currency to keep it artificially cheap. The daily fixing rate, after all, had been a black box, determined by a method only Chinese policymakers understood. But for much of the past year, the yuan had held firm against the surging US dollar, while other Asian currencies had fallen by as much as 8% in the year to end July. The result had been a de facto peg of about 6.20 yuan per dollar over the last four months.

The reform announced on 11 August changed these dynamics. China’s central bank engineered a one-off modest devaluation of the yuan and said that the midpoint would largely be the previous day’s closing market rate instead of a value determined behind closed doors. This effectively allowed the currency to trade at a market-determined rate but also invited near-term currency weakness. Market worries that China was embarking on a larger foreign exchange devaluation were reinforced when the fix was set at 6.3306 on 12 August and the yuan fell again. However, China was merely doing what it said it would as the closing spot on 11 August was 6.3250. Over the two days, the yuan slipped 3% against the US dollar, sparking fears that that this marked the start of a sustained depreciation.

What motivated the People’s Bank of China to free up its currency regime? One popular theory is that it was a move to boost growth. But this seems implausible. For one, a 3% nominal decline of the yuan has little impact in real effective exchange rate terms. According to the Bank of International Settlements, the yuan is about 32% overvalued compared to its trading partners and the most expensive among 60 countries (if Venezuela is excluded). In comparison, both India and Indonesia are undervalued by about 10%. The yuan’s tiny devaluation could hardly lift export competitiveness.

The central bank has also intervened to prevent the yuan from depreciating excessively, a clear signal that a currency war is not on the cards. Just two days after the initial devaluation, the central bank ordered state-owned banks to sell dollars and buy yuan to stabilise the currency. Some 150 billion yuan was injected into the banking system last week, the largest since early February. Financial regulators have also insisted that there was no basis for the depreciation to persist and that they would step in to curb large fluctuations. True to their word, they have managed to keep the spot rate steady at around 6.39 over the past few days.

Beijing’s decision to amend the currency mechanism, in effect, was motivated by the need to speed up exchange rate reform. First, the latest move complements the government’s ongoing efforts to open up the financial sector and capital accounts, where investors have steadily been given more freedom to move big sums in and out of China. Second, Beijing has made no secret of its desire to include the yuan in the International Monetary Fund’s (IMF) Special Drawing Rights basket of currencies, which includes the US dollar, euro, yen and pound. One criterion is that the currency must be “freely usable”.

Indeed, the IMF has been unperturbed by China’s devaluation. The international organisation saw the move as a welcome step in allowing market forces to have a greater role in determining the exchange rate and said the yuan was likely to become a freely-floated currency in the next few years. More exchange rate reforms are in the works, including the extension of yuan trading hours and promoting the convergence between the onshore and offshore exchange rates.

The black box that was the yuan fix is no more. The daily midpoint is now determined by the spot rate – as evident in the narrowing of the gap between the actual spot rate and the daily fix from over 8 bps to virtually zero today. Nevertheless, the yuan has some way to go before it becomes a free-floating currency. For now, the central bank still wields significant control and appears determined to keep the spot rate at 6.40 until selling pressures abate, which exacerbates the pace of foreign exchange reserve depletion. Still, there is much cause for optimism: the yuan is set to become more transparent from now on.