During a speech in London today (Tuesday) Labour's Deputy Leader Harriet Harman MP will reveal new figures showing the amount of money donated to the Conservative Party by secretive unincorporated associations – at the same time as their membership is plummeting in their most marginal seats.

She will set out new figures showing the amount of money donated to the Conservative Party by unincorporated associations – organisations which do not have to declare where their money comes from. And she will reveal new analysis of Conservative Party accounts which shows that membership is falling in three quarters of their most marginal seats. 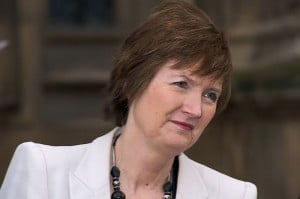 “While the Tories can’t beat us on the number of activists campaigning on the ground in key seats –they have a steady stream of big donors willing to bankroll their campaign.

“The same people they handed a tax cut to. The people who go to David Cameron’s dinners.

“Hedge funds, bankers, millionaires – you can see who they are. But there’s one group of people bankrolling the Tories whose identity is completely secret.

“Since the last election, the Tories have been given over five and a half million pounds by unincorporated associations – organisations who don’t declare where their money comes from. They donated £372,000 in the last 3 months alone.

“And this money is being funnelled into the Tories’ key marginal seats. In 27 of their key seats, more than half the money raised since 2010 has come from these secretive clubs.

“It's no wonder they need this shady money. In three quarters of their most marginal seats, their membership is falling.

“We may be outspent, but we won’t be out-organised or out-campaigned. They want to buy the election. We’re fighting to win it.”