Leave.EU issues first brief on the positive case for leaving the EU

Leave.EU, the popular campaign for the the UK to leave the European Union in the coming referendum, has today issued the first of a series of media briefs designed to demonstrate the positive case for Brexit across a wide range of sectors important to British prosperity and influence. The twenty-plus papers have been written especially for Leave.EU by Ewen Stewart of the Brexit think-tank Global Britain.

The first paper 'Media Briefing #1: The City and finance' shows how the City of London enjoys key competitive advantages across a large number of financial sectors that have helped to make London the world leader it is and that these are more likely to be threatened by continued membership of the EU than by Brexit. The paper argues that the real threat to London's dominance comes from financial centres outside the EU and that the City will be burdened by new taxes and regulations that it could avoid were the UK to be outside the EU. 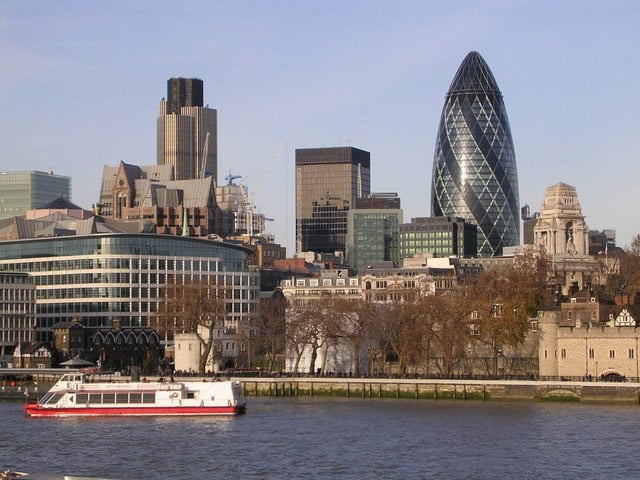 Commenting on the release of the papers, Arron Banks, co-founder of Leave.EU said:

"The doom-mongers have, for too long, got away with spreading their myths that we are too small, too poor and too stupid to run our own country. These media briefs show the UK has a great deal to be proud about in business, culture, sport and the influence and opportunities these generate – despite our EU membership – rather than because of it.

"Our paper on 'The City and finance' shows that the UK's position as a world leader in financial services is not dependent on its membership of the European Union and that outside of the EU, we would be better placed to compete with the challenge coming from cities such as Hong Kong and Singapore. The City has everything to gain from Brexit and nothing to fear."

The key points of 'The City and finance' are:

1. The annual Zyen Survey placed London as the number one global financial capital ahead of New York and Hong Kong in 2015. This survey is viewed as the authoritative index ranking global financial centres based on data gathered from the World Bank, OECD and Economist Intelligence Unit, examining the top 84 global centres;

2. The top ranked Eurozone location, Frankfurt, is ranked just 13th while the top 3 European centres all lie outside the Eurozone (London, Zurich and Geneva). Paris ranks 37th – sandwiched between Amsterdam and Warsaw;

3. The critical factors are business culture, critical mass, skilled labour availability, rule of law and economic stability and stable but moderate regulation. London meets this criteria, no other EU centre comes close and will not do so following BREXIT. So long as the UK continues to adopt a global, stable regulatory and taxation regime the threat to London’s globally dominant position will not come from Frankfurt or Paris, but from Hong Kong, Singapore and New York. Indeed the risk to London’s position comes from remaining within the EU;

4. The need for financial regulation to preserve the failing Eurozone, financial taxation such as a transaction tax and constant changing of the rules is the primary risk to the City’s prosperity. Indeed BREXIT is very likely to breathe even more life into UK financial services as the UK Government can adopt policies to help this critical industry flourish. The EU, fixated with the Euro’s problems has no such incentive, it has singularly failed to grow its own financial services market and Eurozone share of global financial services is in steady decline;

6. Global investors are voting with their feet to have a presence in London and appear unconcerned by BREXIT, despite the loud claims of a few. The Financial Sector is simply too important to the UK economy and tax receipts to risk being regulated by a body whose traditions and interests do not necessarily match the free trade and open systems that the UK has adopted. There should be little doubt that the City would continue to dominate outside the European Union, just as it did back in the 1920’s when Sterling ceased to be the world’s global reserve currency.