After what seems like an eternity of speculation from fan boys and the media alike, Warner Brothers last week finally put an end to rumours and announced that Selina Kyle and her alter ego Catwoman is to grace the big screen again in Christopher Nolan’s third and final instalment of the current Batman franchise.

Anne Hathaway will portray Catwoman with rumours persisting that she has beaten a top flight of actresses (Keira Knightley, Marion Cotillard, Rachel Weisz and Natalie Portman) for the coveted role of Gotham City’s heroine and thief.

Hopefully Nolan will stay true to the spirit of the character as we have yet to witness a definitive portrayal of Catwoman on film with Julie Newmar’s camp sixties villainess and Michelle Pfeiffer’s brilliantly deranged vigilante from the nineties never fully encompassing the character portrayed in the comics.

The closet portrayal of Selina Kyle is that featured in the animated series broadcast in the 1990’s. Hopefully Nolan will stay true to this and fully incorporate her into his tightly guarded screenplay.

More interesting is the casting of Tom Hardy as the villainous Bane as many expected The Riddler or a classic character to grace the final act, but Nolan has chosen to bow out with a cult favourite. Bane is a giant of a man and a criminal mastermind from South America hiding his identity behind a wrestling mask and has defeated Batman in the past (by literately snapping the Cape Crusader’s spine!). Part of his strength is derived from a steroid injected into the criminal during experiments in South America. I’m sure Nolan will play down this latter part and hopefully the film version will focus on the theme of an outsider attempting to take over the remnants of the mob after the events of The Dark Knight (2008).

Hardy is a brilliant character actor with the ability to steal scenes (Inception – 2010) and I expect an explosion of method acting as Christian Bale and Hardy’s respective characters go head to head physically and psychologically. 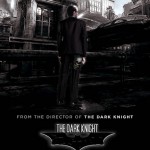 Also important will be the on screen chemistry between Bale’s moral crime fighter and Hathaway. This will probably make or break the film in terms of a wider audience and many will feel that the previous incarnation of Michael Keaton and Michelle Pfeiffer in Tim Burton’s Batman Returns (1992) will be a hard act to follow.

With an exceptional returning cast in the form of Michael Caine, Gary Oldman and Morgan Freeman, that brooding Hans Zimmer score and hopefully another top notch script, The Dark Knight Rises should successfully follow the previous two films in the franchise and combine to provide the first truly great comic book trilogy on film.