• Brits identify the Roman period as the most prosperous in history

The Black Death, the Inquisitions, World War II, World War I, and the Dark Ages, are the darkest periods of European history, according to a new study. In stark contrast, the historical moments considered to be the most prosperous are Ancient Rome, the Industrial Revolution, Ancient Greece, the 1960s, and current day.

The Yesterday Historical Report was specially commissioned by Britain’s leading factual channel to mark the launch of Inquisition on Yesterday, Wednesdays at 9pm from 16th July.  The study is a combination of a survey of more than 2,000 British adults and the expertise of well-known historian Richard Felix. The findings shine a spotlight on the darkest and the most prosperous periods of human history, as well as the inventions and discoveries that have hindered and benefitted the human race.

The results reveal that over half of British adults agree the darkest period of European history was during the 14th Century, when one of the most devastating pandemics in human history, the Black Death, killed an estimated 75 to 200 million people.

This was one of the most devastating pandemics in human history, resulting in the deaths of an estimated 75 to 200 million people. Symptoms included the appearance of painful blisters, acute fever, vomiting of blood and eventually death. 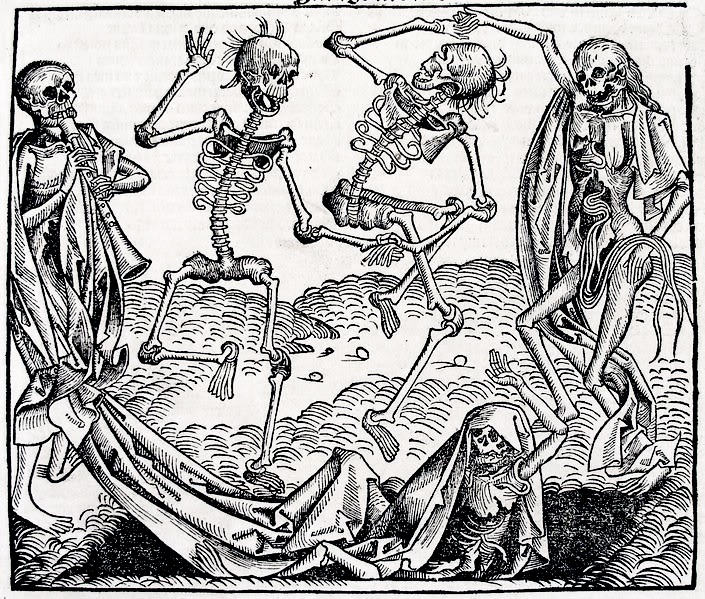 Thousands of innocent people were arrested, tried and executed for heresy by the Roman Catholic Church. Torture methods such as water boarding, castration and beatings were used to extract confessions.

This war included the vast majority of the world's nation and was the most widespread conflict in history. It resulted in an estimated 50 million to 85 million fatalities, making it the deadliest in human history

This was a global war and was one of the deadliest conflicts in history. More than nine million combatants were killed; a casualty rate exacerbated by the advances in technology.

This was a period of great upheaval, constant war, horrendous plague, and stagnant cultural growth, due to the invasions of barbarians. It is estimated 100 million people died due to war, plague or hunger.

The Romans punished and whipped slaves and enjoyed watching gladiators fight each other to the death. Roman Emperors were known for being brutal in their enforcement of their religious views.

During this period society was consumed by a panic over alleged witches. Witch-hunts resulted in the trial, torture, and execution of tens of thousands of victims, about three-quarters of whom were women.

Henry VIII, Queen Mary and Elizabeth I between them arrested thousands of people to face the threat of trial and execution. Motivated either by power or religious zeal they burnt those at the stake who opposed their authority

Over 17,000 people were officially tried and executed during the Reign of Terror, including the King of France. An unknown number of others died in prison or without trial.

Cromwell’s invasion of Ireland resulted in a quarter of the Irish population been slaughtered and Catholic landlords dispossessed of their land.

The long struggle between England and France resulted in the deaths of approximately two million people. The long bow was introduced to the battle-field and proved to be deadly.

This was one of the most destructive conflicts in European history, and one of the longest continuous wars in modern history. It resulted in the deaths of 7.5 million people, which devastated entire regions.

This popular revolt in Northern France was fiercely suppressed by French nobles, using violence and a campaign of terror. In one massacre they slaughtered over 20,000 peasants.

After the Norman Invasion and victory there was years of unrest and turmoil in England. Norman guards were brutal, and were known for burning down the house of innocent people.

The Stuart dynasty spanned one of the most tumultuous periods in British history; years of civil war, assassination attempts, national disaster and revolution.

These wars were primarily fought between French Catholics and Protestants. The bloodiest massacre lasted several weeks and resulted in the deaths of 20,000 Protestants.

This was a series of conflicts fought between France under the leadership of Napoleon Bonaparte. In total it is estimated 500,000 French soldiers were killed whilst fighting the Russians.

This civil war was terribly destructive and long-lasting. Its net result was to kill off almost all the direct claimants to the throne, and turn long term resentments into blood-feuds.

It was a sustained state of political and military tension between powers in the Western Bloc. Due to the Cold War there are considerably more nuclear weapons than there would have been otherwise.

The Napoleonic Wars caused great distress, making the price of food to rise and wages to fall. The agricultural and industrial depression brought about disorders and riots.

“History is full of stories of horrendous plagues, awful torture, contentious wars, battles of power and religious strife. It is no surprise the Black Death came out on top in this study; the symptoms included painful blisters, acute fever, vomiting of blood and eventually death. Similarly The Inquisition was a very bloody chapter of European history. I have studied the different atrocious torture methods to extract confessions used throughout the era, which included water boarding, castration and beatings.”

“The Yesterday Historical Report shows us the darkest and most gruesome periods of human history should not be forgotten. The fact that up to 200 million people died in pain during the Black Death is astonishing. Yesterday’s new series, Inquisition, sheds new light on one of the bloodiest and darkest chapters of British and European history. It is an extraordinary story of nearly 500 years of bigotry, fear, persecution, torture and death, which should never be lost in history.”

A staggering 57% of men and women say they wish they did not live in the current day, but in a completely different era. The swinging 1960s, came out on top of the poll, with 18.0% wanting to be transported to the decade when the Beatles rose to fame, colour television was introduced, and massive technological advances were made. In second place a surprising 9.9% revealed living in Ancient Rome appealed to them, and another 9.8% answered the rock and roll from the 1950s had the biggest draw. A further 9.2% also revealed they wanted to experience the roaring 1920s, whilst 3.2% the nostalgia of the 1930s.

The top ten most prosperous periods of history

In this period, new machines were invented and installed, including large mills and factories. New towns sprang up around the mills offering cheap housing, schooling and medical care.

They adopted a scientific approach to life, with Aristotle being the founder of Western science. Greek mathematicians produced rules of maths and geometry, which produced town planning and well-proportioned buildings.

This was a decade of revolution and change in politics, music and society around the world. It started in the US and the UK and spread to continental Europe.

The average newborn today can expect to live an entire generation longer than their great-grandparents.

This was an era of scientific discovery and invention, with significant developments in the fields of mathematics, science and electricity, which laid the groundwork for the technological advances of the 20th Century.

The Renaissance affected art, science, architecture and sculpture. A spirit of enquiry and interests in humanity led people to question the authority of the church and ask for change.

Life changed with the development of agriculture, for the first time people began to cultivate crops and plants and domesticate wild animals to use for meat wool and skins for clothes.

The 1920s, also known as the ‘Roaring Twenties’, was a decade of contrasts. The First World War had ended in victory for the Allies, peace had returned, and with it, prosperity.

Although this is the deadliest conflict in history, it united people around the UK. Community spirit within Great Britain was at its highest.

The top 20 inventions and discoveries that have benefitted humans 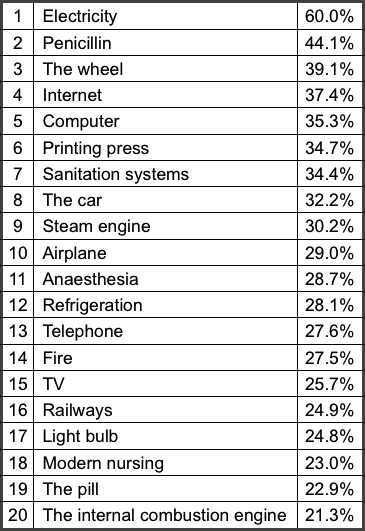 Inquisition is new and exclusive on Yesterday, Wednesdays at 9pm from 16th July.

Arcade Fire, The Suburbs – a review