The formation of 'Planetary Resources', a company with aims to go into space to prospect and mine asteroids has got the imaginations running.

Apart from all the information that could be gleaned, the prospect of precious metals like gold and platinum being transported back to Earth will have people thinking of vast profits to be made.

Planetary Resources, founded by Peter Diamandis and Eric Anderson, wants to do what it says only governments and big corporations could in the past do and has gained the backing of people with real money behind them. People like Larry Page, Sergey Brin, Eric Schmidt, Charles Simonyi, Ross Perot Jr and James Cameron.

The first stage will be to get telescopes into space in order to find the right asteroids rich in precious metals and the water needed for fuel. Then mining will follow, probably by robot drones.

The company aims to reduce the cost of going to the asteroids from ‘hundreds of thousand of dollars to tens of thousands’.

This concept says T3 is not as far-fetched as you would think. The day will come when the technology and costs make it the sensible thing to do.

And the rewards? Well according to Mashable just one small metal bearing asteroid, Amun 3554, contains $8 trillion worth of platinum as well as $8 trillion in iron ore and nickel and $6 trillion in cobalt making it a £22 trillion piece of rock.

So for a few thousand dollars you can bring back untold wealth to the planet?

This is the point where hard reality bites, the law of supply and demand. The value of those precious metals relies on them being just that – precious. They have to be rare to command prices such as gold and platinum’s £1,500 an ounce.

Then consider that, for example, the world mines in total about 130 tons of platinum a year, most of it from South Africa. Just think what impact the amount needed to make asteroid mining viable would have on the platinum market, let alone 100,000 tons of the stuff. Then there is the effect on Earth based mining operations.

The same would be the case for gold of course. 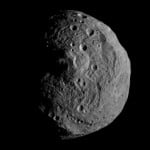 Apologies for the cynicism but the likely outcome would be that licences would be needed, huge taxes levied and quotas set to ensure that the markets were not damaged. Vested interests and lobby groups would fight to maintain the value of these metals. We can’t have any old Tom, Dick or Harry flying off into space and bringing back a few pounds of precious metal can we?

It will also be in the interests of anyone involved in asteroid mining to go along with this ‘cartel’ behaviour. A sort of De Beers approach but replacing diamonds with platinum and gold.

Yes there is a need for these metals for all sorts of other uses such as medical and electrical that would allow the human race to progress. But it’s those such as central banks that store gold for value that will hold sway in the end – if we let them of course.

Access to vast amounts of resources at minimal cost could benefit every single person on Earth. But if the drive to mine space is driven by greed then we could (will?) find ourselves in a position where a few people, for mere profit, control and severely limit access to the very assets that could set the human race free. Wars have been fought for less.