The EU, Immigration and racism

Watching the news and seeing hundreds, if not thousands, of people from outside the European Union trying to get in to better their lives[1] and being branded as ‘illegal immigrants’[2] should get people sitting up and asking a really basic question:

Why is UKIP’s proposed policy of properly controlling immigration called a ‘racist’ policy, but when the EU[3] looks to apply just those controls via Schengen’s[4] Frontex[5] to those wishing to come in it is not considered racist? Whether you like it or not it’s the same concept and this needs to be acknowledged.

How many times has Nigel Farage or any other UKIP spokesperson been harangued on TV as racist for wanting the UK to apply rules to immigration that the EU actually exercises every day?

Many people in the EU have now become almost brainwashed into an Orwellian thinking of:

The establishment must be quietly happy that this state of affairs has panned out. It allows them to continue the path to an EU superstate helped by the catcalls of “racist” against anyone who tries to upset the applecart.

The European Union and its supporters (such as the LibLabCon etc in the UK) now have a chance to disprove this. All they need to do is declare that they are fully in favour of totally open borders with the whole World. They should show they have the courage of their convictions. That would be a massive boost for diversity wouldn’t it?

Also, with diversity and the eternal need for migrants in the quest for the holy grail of an ever growing economy in mind, why do we have an external EU border at all? Using EU-think surely we should just abolish it? 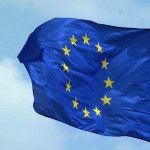 But those die-hard Europhiles will say that we need borders to protect the EU economy and it could potentially allow billions of people to come here if they wanted to. You know, the same arguments that UKIP uses but on a much larger scale. There can be no other reason, therefore the EU (and its supporters) must be racist in the same way that they think UKIP and its supporters are racist.

Many people will say that this cannot possibly be true. They would say 'how can we, a civilised people be racist?' But think the above through a few times and the concept will come to you.

More to the point though, the reverse also applies. If the EU immigration policy is not racist, then neither is UKIP’s policy racist – you can’t get away from that one.

Unless of course the European Union becomes a single fully federalist state then, as a ‘sovereign nation’ it can say it treats all potential immigrants the same because people moving around within the EU are just EU citizens, nothing more. The truth is that the people of the EU are at present being ‘encouraged’ to think a certain way so as to continue the (ever-shortening) journey to the EUSSR.

Then it will be:

The first Fiscal Sustainability Report from the OBR

Does Mark Carney know what he’s let himself in for?