All things considered, up until last week the euro has been remarkably resilient against the US dollar as the Greek government and its creditors attempted to find a debt deal. But events in Greece are fast moving and markets are currently absorbing news of capital controls, bank closures and a referendum (on whether to accept the creditors’ bailout conditions). Against the major currencies including the US dollar, the euro remains within a three-month trading range, although its resilience is expected to be tested this week and beyond, depending on the news flow.

Part of the reason that the euro has not weakened extensively over the last month is related to investor positioning among hedge funds. Over recent weeks, these investors have been reducing their underweight euro versus the US dollar trade to await a period of stability before re-establishing the same trade as the Fed begins its rate tightening cycle, most likely later this year, to take advantage of the widening interest rate differential.

Importantly, the euro also has the fundamental support as sovereign financing across the broader eurozone economy is much more stable in 2015 than in 2011, when concerns around a break-up of the single currency manifested itself into asset prices. Foreign investors (i.e. US pension funds) fled the market during the sovereign crisis in 2011, but this time around overseas institutional money remains invested, which is helping to stabilise financing costs. Ten-year bond yields in Spain and Italy are currently 2%-2.5% versus 7.5% at the height of the crisis in 2011/2012. 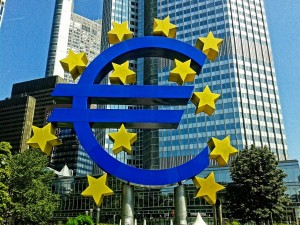 Today, the ECB acts as a credible backstop, both as a significant buyer of eurozone sovereign debt and also as a facilitator of low cost financing to banks. Money market rates have moved relatively little during the latest crisis – low interest rates remain an important stimulus for the real economy across the eurozone region, as evidenced by ongoing data trends. Moreover, the ECB has stated that it will use all tools available “within its mandate” to limit contagion and maintain financial market stability.

Another significant stabiliser is that European banks have less exposure to ‘toxic’ debt since the ECB’s Asset Quality Review and stress tests in 2014, which were widely accepted as robust and rigorous. Based on Bloomberg data at the end of 2014, our analysis of European banks’ exposure to total Greek debt is 8%, nearly all of it owned by Greece’s Eurobank, and to a lesser extent Piraeus. To place this in context, Barclay’s exposure is minimal at €1.29 million (or less than 0.01% of privately held Greek debt).

While the eurozone’s financing position is much stronger today than four years ago, broader market sentiment is not always predictable, and nor are the politics.  Greece is an economic problem requiring a political solution. It is not just an issue of the Greek electorate accepting the imposition of creditor demands, but on the other side a number of parliaments across the eurozone need to agree to Greek bailout measures.  European creditors, led by Germany, want to maintain the ‘moral hazard’ argument and not set a precedent for eurozone countries to renege on their financial commitments. There is a fear of emboldening the anti-austerity movements, especially as Spain and Portugal both have parliamentary elections later this year.

The ‘encouraging’ news is that Greek sovereign debt issue has been brought to a crisis point, which increases the chances of a clear outcome for markets. Rather than entering another period of procrastination, there is more potential for longer-lasting deal, whether that involves some form of debt re-structuring or, in a worst case scenario, potentially Greece exiting the single currency. A radical solution now needs to be found, but for now the seeds of volatility remain sown.