• 37% of the public are in opposition to fracking

• 29% of those agree it will create jobs and boost growth

This week, Opinium Research presented findings from an exclusive poll for GovToday on the public’s attitude to Fracking, for the conference: Fracking: the Debate on Hydraulic Fracturing for Gas which debated the potential benefits of fracking on the UK’s energy security.

The research undertaken by Opinium revealed that just a quarter (25%) of the public support fracking in the UK, while 37% are in opposition. This is up from last year, when a third (33%) of voters said they opposed fracking. Long has fracking been a topic for debate, however there remains a lack of real understanding around it amongst the public, with 70% of those asked admitting they know little or nothing about it. Generally, the research revealed that those who know less about fracking seem to be more opposed.

Four fifths (79%) of those opposed to fracking think it will damage the local environment while 77% think it will cause noise and disruption to local residents. People are far less supportive of fracking the closer it gets to home with nearly a half (45%) suggesting they’d oppose fracking “in their local area”, and 57% saying they would reject permission to frack underneath their land. 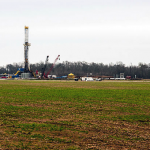 When asked what would make them more supportive of it, 47% of those who were opposed to fracking in their local area said they would be more likely to support it if it were shown not to cause any serious harm to the groundwater and environment. Over a third (39%) said their support would grow if it was shown not to cause any earthquakes at all.

However, three in ten (29%) of those agree it will create jobs and boost growth, while a third (35%) of those opposed thought fracking would reduce our dependency on foreign sources of energy.

Conservative voters and UKIP voters are most in favour of fracking (44% and 38% respectively), while Labour and Lib Dems are the most opposed (44% and 42% respectively).

“So many are still unsure about fracking; the dangers versus the benefits and what it would mean for them and their neighbourhood. There needs to be a consistent flow of information on the subject before the public makes it mind up one way or the other.”

Majority of SME’s do not trust traditional lenders